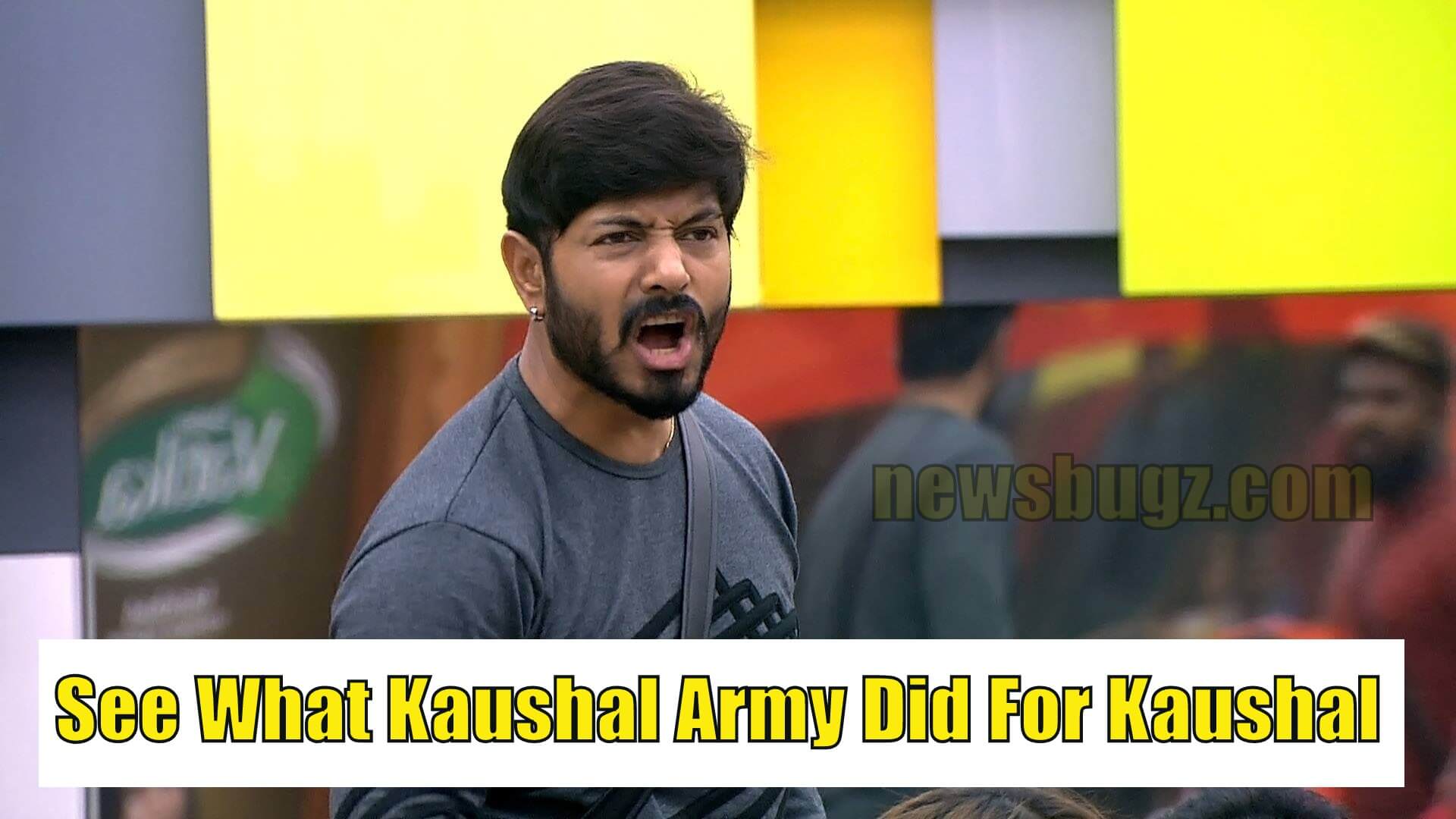 Kaushal Manda, an actor and model in the Tollywood, who is now also a housemate in the Bigg Boss Telugu is enjoying a tremendous support from his fans. No matter what he does, his fans are ready to support him to take him forward in the game. The so-called Kaushal Army is pouring votes for him but not only in an acceptable way but also indulging in acts that could compromise the game show Bigg Boss.

In social media, one could find hundreds of pages promoting votes for Kaushal to make sure he stays in the game. Also, groups have been formed in Facebook and WhatsApp to teach the ways by which one can vote more than a maximum of 50 votes, which is the limit set by the organizers of the game. The groups advice the members to create new Gmail accounts with fake names to vote more than a thousand votes per day. For instance, if your account is abc@gmail.com then you are asked to generate accounts like abc01@gmail.com, abce02@gmail.com and so on. This was seen in a group named KOUSHAL ARMY according to TNM. 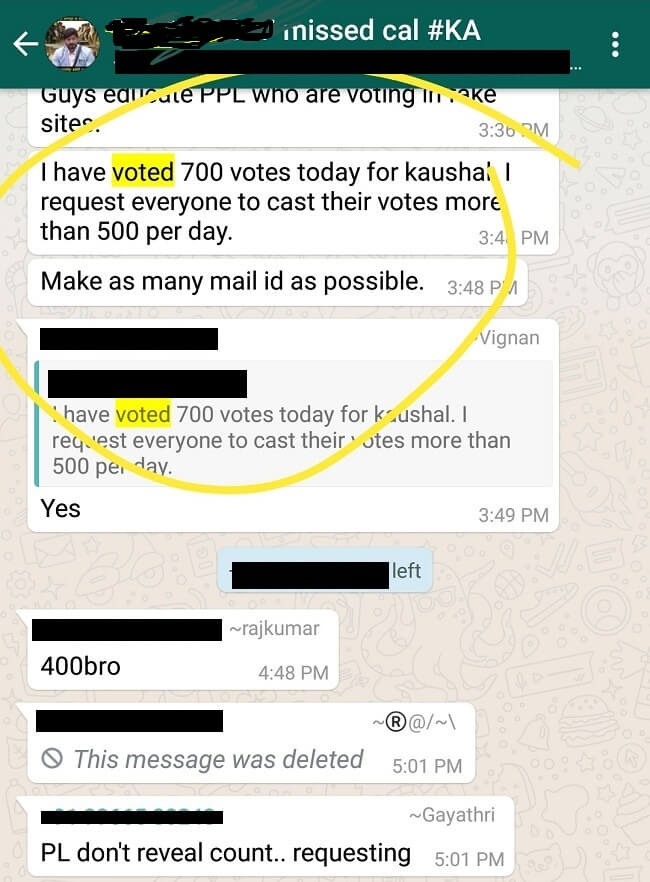 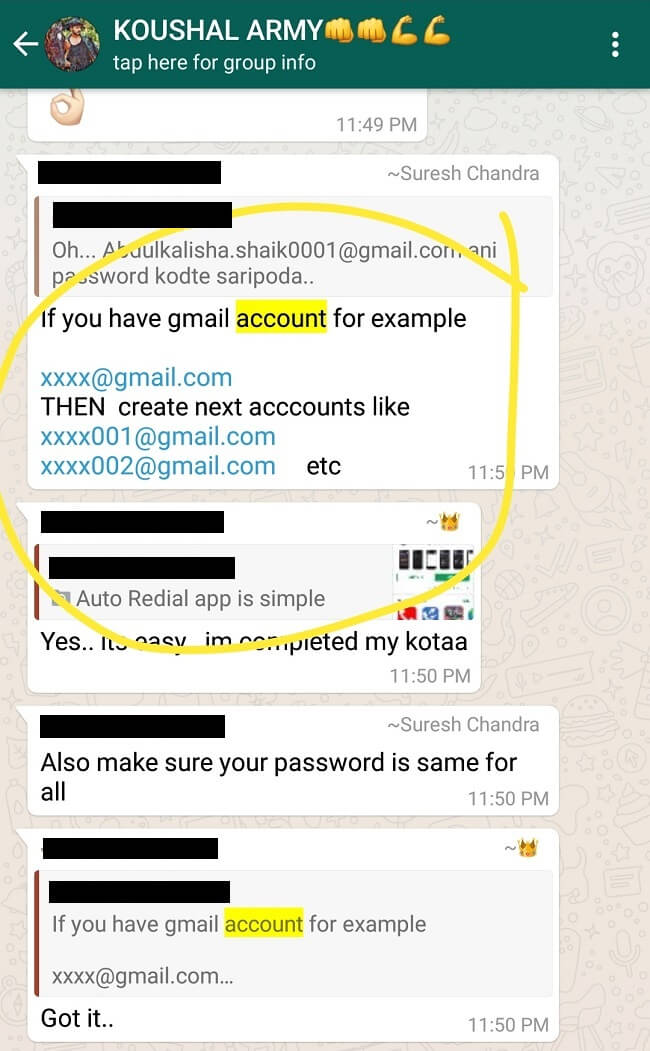 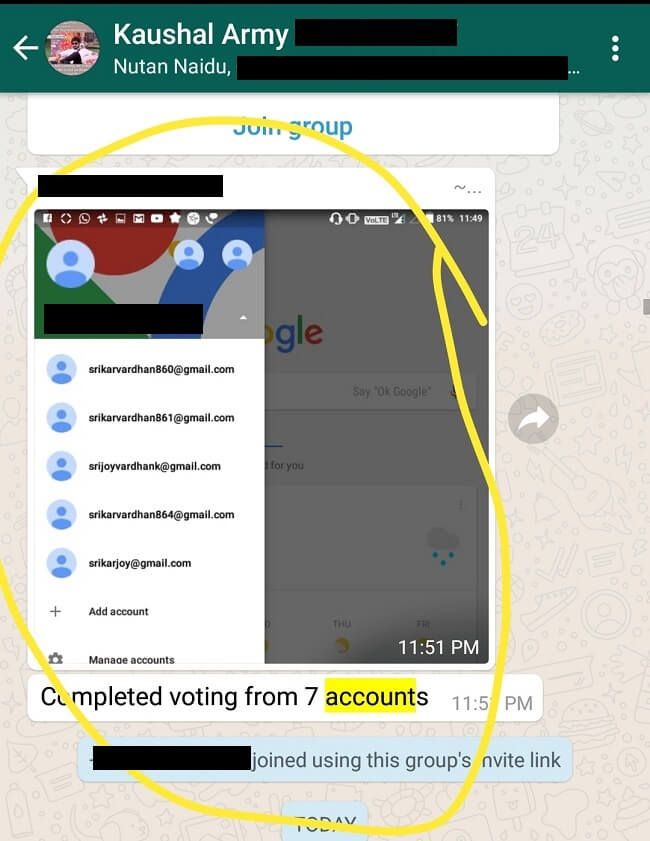 The members also posted the screenshots of how many votes they had cast for the day which went up to 700 to 1000 votes a day. But the organizers claim that it is difficult to dodge the voting results by such acts. The Kaushal Army extends their patronage also by abusing the female contestants with grossly language. Tejaswi Madivada and Deepthi Sunaina were affected the most in particular.

The host Nani had already mentioned about this saying, “I am doing my duty as a host but I want to tell people something as a human being. I am furious because it is common to like or dislike a housemate or even wish that they leave the house, but the language and words that are being used are disgusting. Are these poisonous people really roaming the streets in society among all of us? If you have so much hatred inside, that will only finish you off one day. This is just a game show.” But Nani did not mention relating this to the Kaushal Army. Also, it is because these female contestants responded badly to one of the Kaushal’s actions.

Babu Gogineni, on the former contestants, states that it is the responsibility of the organizers to monitor the targeted abuses and defames by the Kaushal Army.