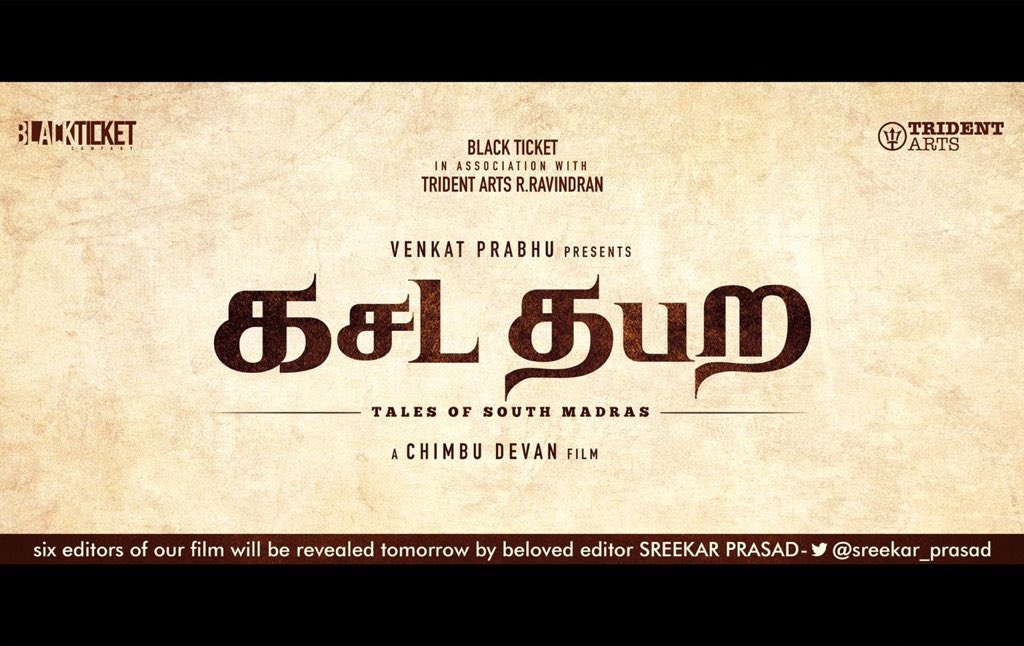 Kasada Tabara is an upcoming Tamil movie written and directed by Chimbu Devan. Produced by Venkat Prabhu‘s Black Ticket, Kasada Tabara movie is based on the tales of south madras. Other cast & crew details will be updated soon.