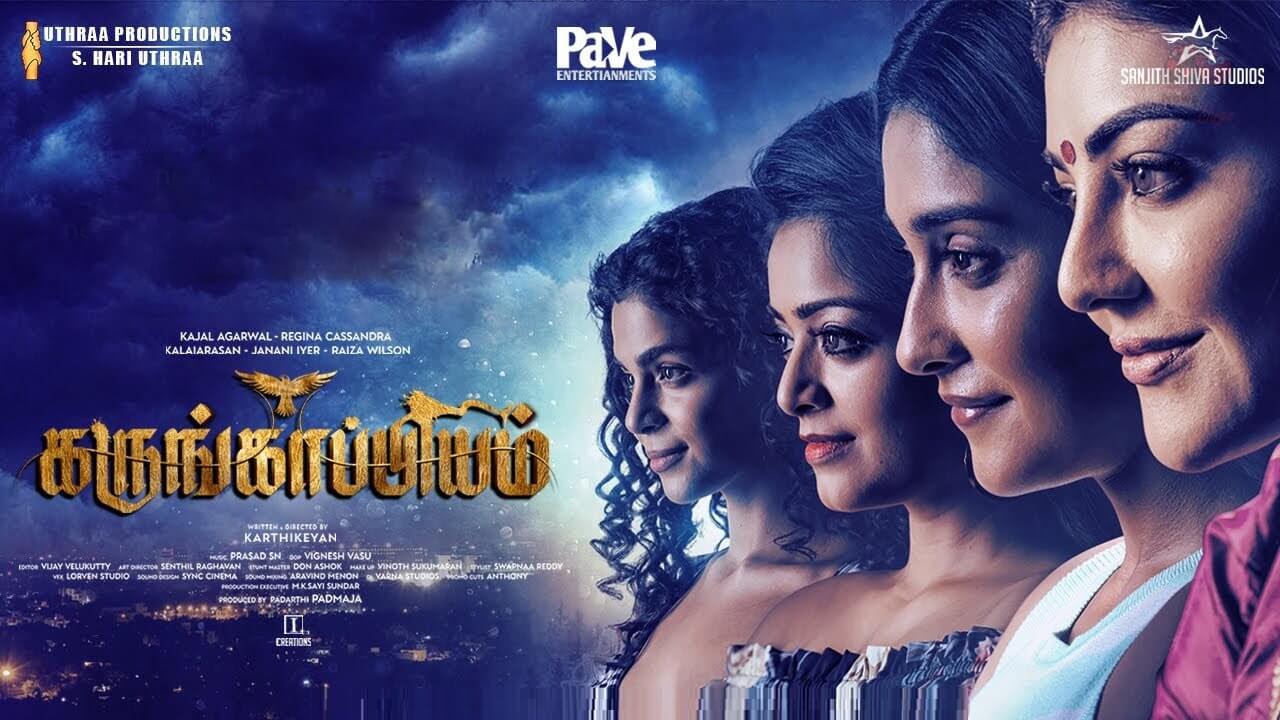 Karungaapiyam is the most awaited thriller drama written and directed by D Karthikeyan. The star cast includes Kajal Aggarwal, Regina Cassandra, Janani Iyer, and Noyrika plays the main lead for the film alongside Yogi Babu, Pugazh, and Kalaiyarasan in prominent characters. Padarthi Padmaja bankrolled this film under the Uthraa Production and Sanjith Shiva Studios in association with Pave entertainment banner. Prasad SN composed the background scores and music tracks for the film. Karungaapiyam is slated to release in Mid 2023.

Vignesh Vasu handled the camera while Vijay Velukutty did the editing. It seems Kajal Aggarwal is playing the role of a ghost who is sworn to take revenge on people who killed her. Regina Cassandra is a researcher who discovers her troubled past. What happens to them is the main crux of the film.

The announcement of the OTT release will be made after its theatrical release. It usually takes 3 to 4 weeks for a film to be released online. It seems Sony LIV might acquire the streaming rights. Stay tuned with Newsbugz to know when and where to download the movie online.

Here is the horror thriller trailer for the Karungaapiyam (2023) movie,

Check out the latest poster from Karungaapiyam Movie,

Karungaapiyam songs, BGM, and themes will be released soon.