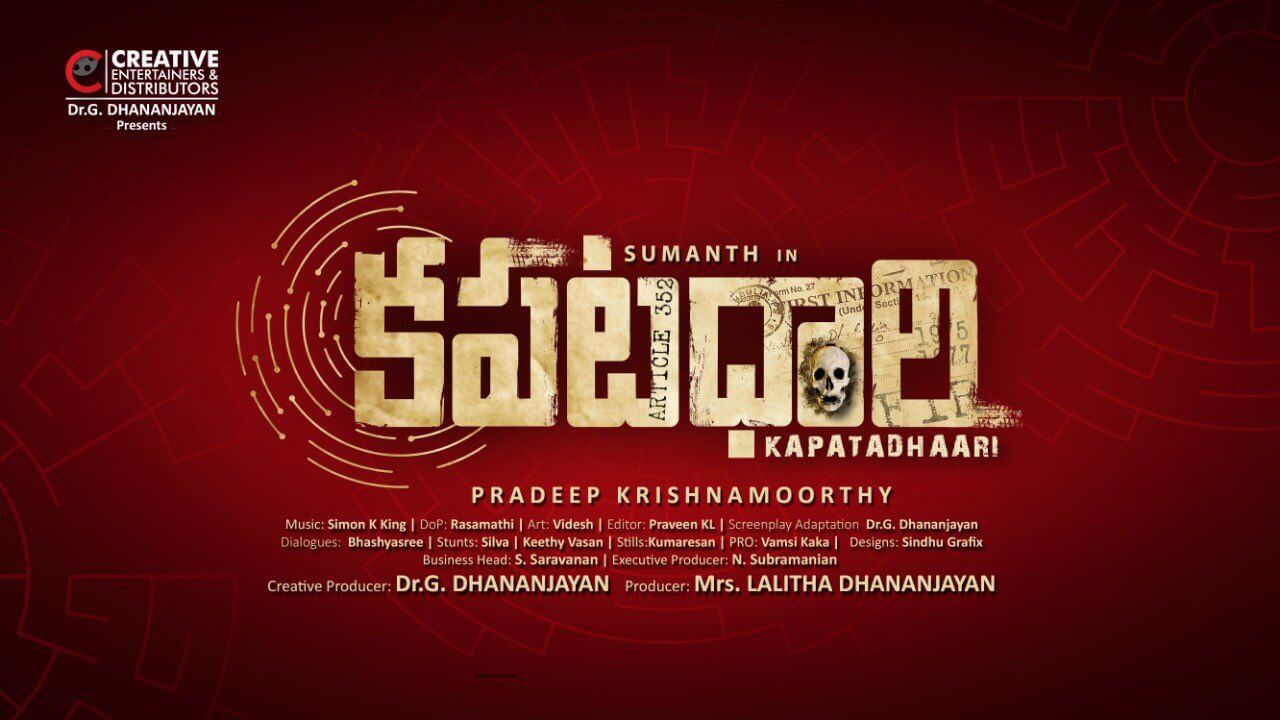 Kapatadhaari is an upcoming Telugu movie written and directed by Pradeep Krishnamoorthy. the film was bankrolled by Mrs. Lalitha Dhananjayan under the banner of Creative Entertainers and Distributors. The movie stars Sumanth and Swetha Nanditha in the lead roles along with Nasser, Vennela Kishore, Pooja Kumar in the supporting roles. The film also made in Tamil language on the same title Kabadadaari. Actor Sibi Raj will be playing the role of Sumanth.