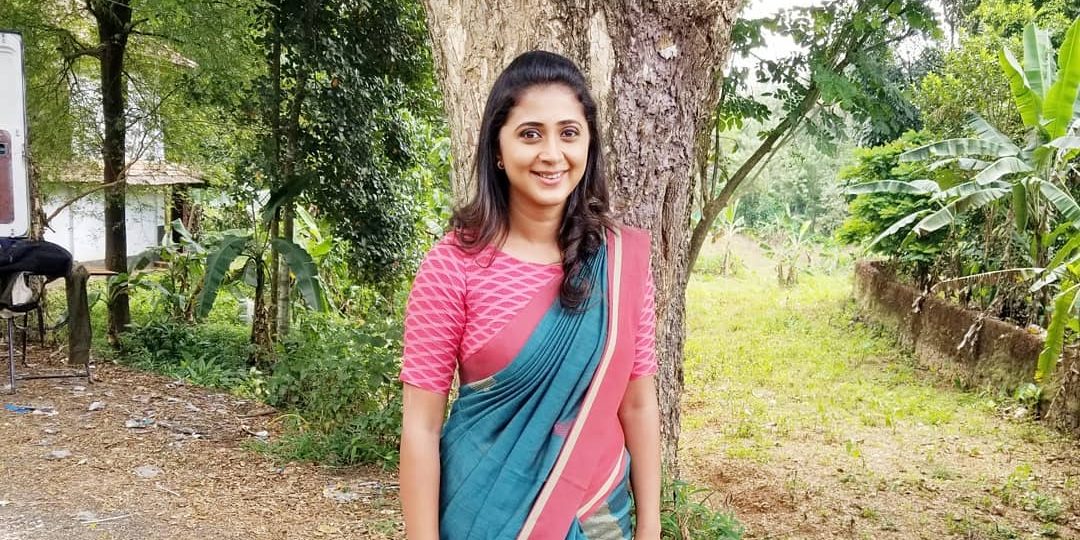 Kaniha is an Indian movie actress, who primarily works in the Malayalam film and television industry. She made her acting debut with the Kollywood movie “Five Star,” directed by Susi Ganeshan in the year 2002. In the year 2003, she made her debut in the Telugu and Kannada movies titled Ottesi Cheputunna and Annavaru. Check out below for Kaniha Wiki, Biography, Age, Movies, Family, Images and more.

Kaniha was born on 3 July 1982 in Madurai, Tamil Nadu, India. Kaniha family is now residing in Kerala, India. Her father name is Venkat Subramanian, an Engineer and her mother name will be updated soon. She completed her schooling in TVS Matriculation Higher Secondary School, Madurai and finished her graduation in Mechanical Engineering at Birla Institute of Technology and Science, Pilani, Rajasthan. During her college days, she used to participate in pop music and light music shows and she also appeared as a contestant in the Miss Chennai event, beauty pageant contest, in 2001. Kaniha husband name is Shyam Radhakrishnan, a US-based software engineer and they got married on 15 June 2008. Then the couple has a son named Sai Rishi, who was born on November 2010. After her marriage, she decided to finish her acting career but in January 2009, she unexpectedly gave her comeback with Malayalam movie “Bhagyadevatha,” directed by Sathyan Anthikkad.

Kaniha started her acting career in the year 2002 with the Tamil movie “Five Star,” in the lead role along with Prasanna, Sandhya, Krishna, Karthick and Vijayan. After that movie, She avoided all the projects to pursue her graduation, including films from S. Shankar and P. C. Sreeram. Before finishing her graduation, she has acted in her Telugu debut film Ottessi Chepputunna in 2003. In the year 2004, Kaniha acted in her first Kannada movie titled “Annavaru,” which is the remake of Mani Ratnam‘s Tamil movie Thalapathi. In the same year, she starred in the K. S. Ravikumar’s comedy movie “Aethiree,” along with Madhavan and Sada.

In the year 2006, Kaniha acted in the dream project of director K. S. Ravikumar’s “Varalaru,” along with Ajith Kumar and Asin. In the same year, she made her debut Malayalam movie titled “Ennittum,” directed by Renjith Lal. After her marriage, she made her comeback with the Sathyan Anthikkad’s Malayalam movie “Bhagyadevatha,” along with Jayaram and Narain. In the following years, Kaniha acted in the movies like Drona 2010, Christian Brothers, Cobra Annie, Spirit, Bavuttiyude Namathil, Orissa and more. In 2018, she works in the movies like Abrahaminte Santhathikal, Drama and Lonappante Mamodeesa. Apart from acting, she also worked as a dubbing artiste, playback singer and TV host.