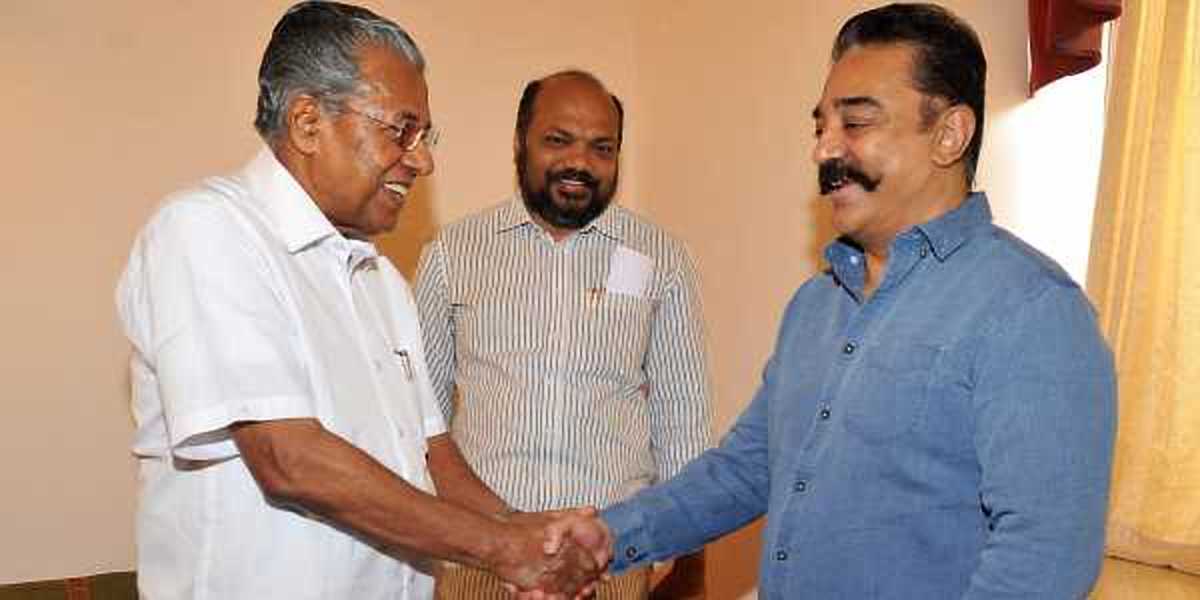 Makkal Needhi Maiam Rally: The actor-turned-politician Kamal Haasan met Kerala Chief Minister Pinarayi Vijayan at Bolgatty Palace in Kochi on Sunday, in which he invited to attend a rally organized by his political party Makkal Needhi Maiam in Coimbatore in the first week of June. This is the second meeting between the two politicians after the veteran actor launched his own party last year. Haasan said that the plans for the programme would be charted out based on the convenience of the Chief Minister.

The actor also had lunch with the chief minister at Bolgatty Palace in Kochi. CPI(M) Kerala secretary P Rajeeve told the media after the meeting that the visit was to invite the Kerala CM for a function of his political party ‘Makkal Needhi Maiam‘. Also, the actor discussed various issues, including Tamil Nadu politics, and situation after Karnataka elections. Vijayan and industries minister A C Moideen also interacted with industry leaders on streamlining business environment in the state.

Haasan considers the Kerala Chief Minister Pinarayi Vijayan as his “mentor”. The actor also thanked the Kerala government for the support it extended to students from Tamil Nadu, who were in Kerala for attending the NEET examinations recently.

Actor Vishal To Host A Television Show on Sun TV