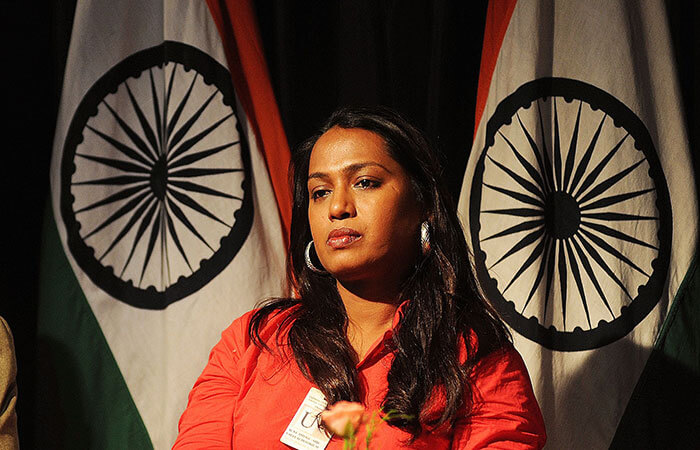 Harvard University has invited the Indian Transgender activist Kalki Subramaniam to deliver a speech at the Indian Conference 2017 which is to be held between February 11 and 12. The theme of 2017 conference is named as “India-The Global Growth Engine.”

The idea of the meeting would represent and reflect the growth and opportunities presented by the India in the last decades and also the challenges the country must overcome in various areas to truly capitalize on the country’s tremendous potential.

The conference meeting would include a special panel discussion on the challenges faced by the Transgender (TG) community in the Indian country and the road ahead for them. Transgender activist Kalki would be speaking at the Harvard Kennedy School on February 11 to share her views on the topic.

Kalki, the founder of Sahodari Foundation, said that she would be talking about the transgender (TG) rights, its issues, and the possible solutions. Added that she would be focusing on the problems faced by the TG community in socially, politically and economically along with its solutions that support globally.

Kalki would also talk about how they could move forward to establish the human rights and equality for the TG people.

TG activist Kalki Subramaniam who feels it as an incredible global platform to discuss the trans people issues irrespective of the nation they live. She has mentioned that the biggest and most important issue for the TG community she felt was the family rejection.

She says that family rejection leads to the low self-esteem and suicidal tendencies with many TG to commit suicide. She has also mentioned that she would talk about her personal experience as a trans woman and how she had overcome various challenges.

She also said that TG community had been pushed to the margins due to the gender identity and trans people were still struggling for their equal space in the society and lobbying with the judiciary as well as in the academic institutions.