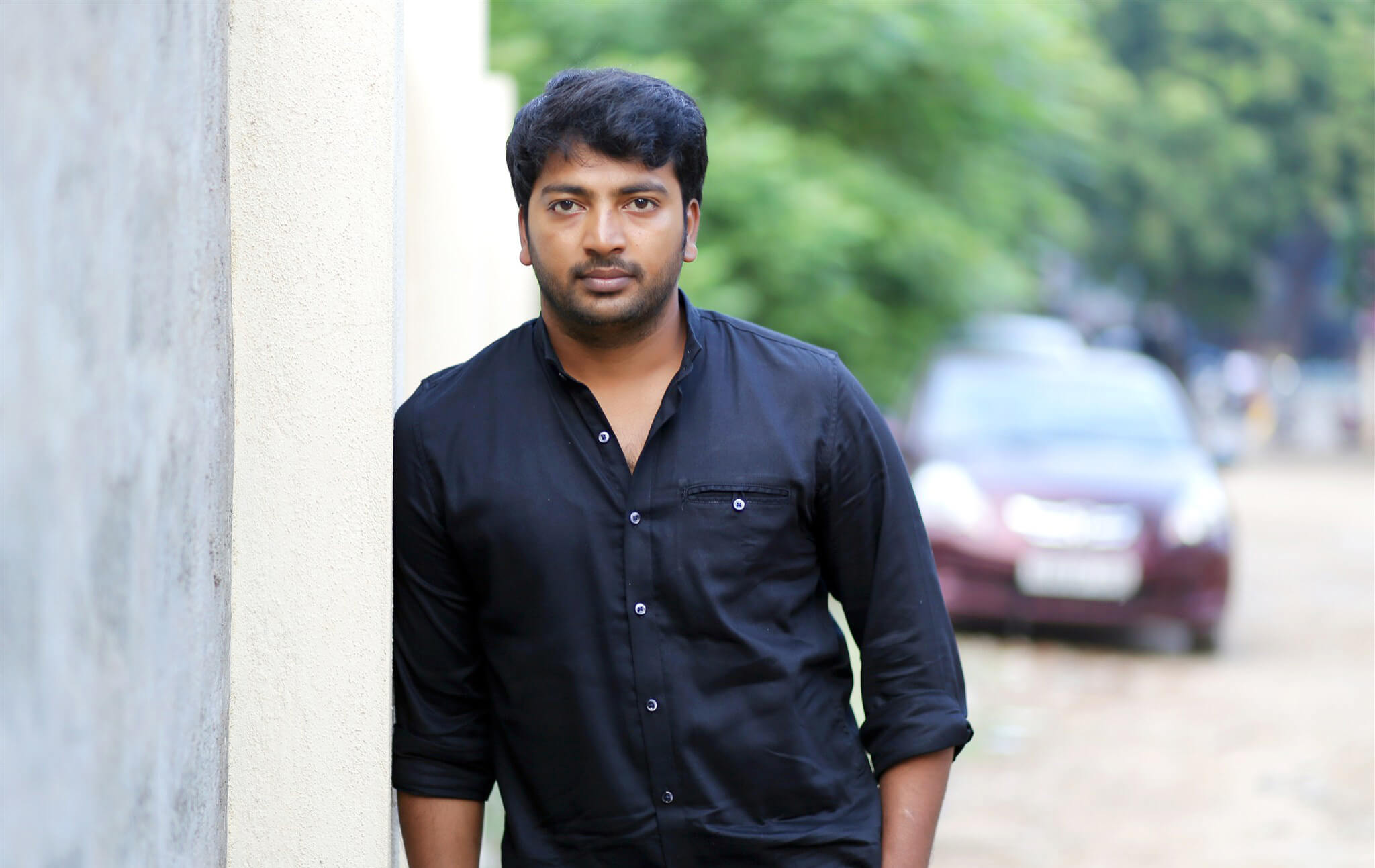 Kalaiyarasan is an Indian film actor, who works predominantly in Tamil film industry. He has collaborated with directors Mysskin and Pa. Ranjith, with whom he worked in Madras (2014) for which he received rave reviews for his performance. Check out below for Kalaiyarasan Wiki, Biography, Age, Height, Movies, Images, and More.

Kalaiyarasan was born on 20 Feburary 1986 in Chennai, Tamilnadu, India. He hold a degree in Computer Applications from SRM University. He started his career as an IT employee and worked at Accenture for few years. Later, he entered film industry and began his work as an actor with Parthy Bhaskar’s Arjunan Kadhali in 2008, but the film remains unreleased. He then roped with director Mysskin on two ventures, Nandalala (2010) and Mugamoodi (2012), and credits the filmmaker as his mentor. He also played small roles in Ranjith’s directorial debut Attakathi (2012), playing the suitor to the heroine, as well as in Vikram Sugumaran’s Madha Yaanai Koottam. He made his breakthrough after he portrays a role of Anbu in the Ranjith‘s Madras film. Following the success of Madras, the actor’s career in the Kollywood industry took off and garnered him higher-profile films as well as lead roles. Ranjith cast him again in a pivotal supporting role in the Rajinikanth-starrer Kabali (2016), as a school teacher. He is now acting with the top leading actors in Kollywood and also doing lead roles in small budget films.

The actor is married to Shanmuga Priya whom he met while working at Accenture, his first place of employment.