Kaala releases on 7th June as Planned | Official Announcement: The most awaited movie of the year Kaala starring Superstar Rajinikanth in the lead and directed by Pa.Ranjith is all set to be released on 7th June as planned. After a successful movie “Kabali” with Ranjith, Superstar himself invited Ranjith to direct another film for his fans. Ranjith utilised this opportunity and started to write a story with commercial elements. The movie was bagged by Wunderbar film production. 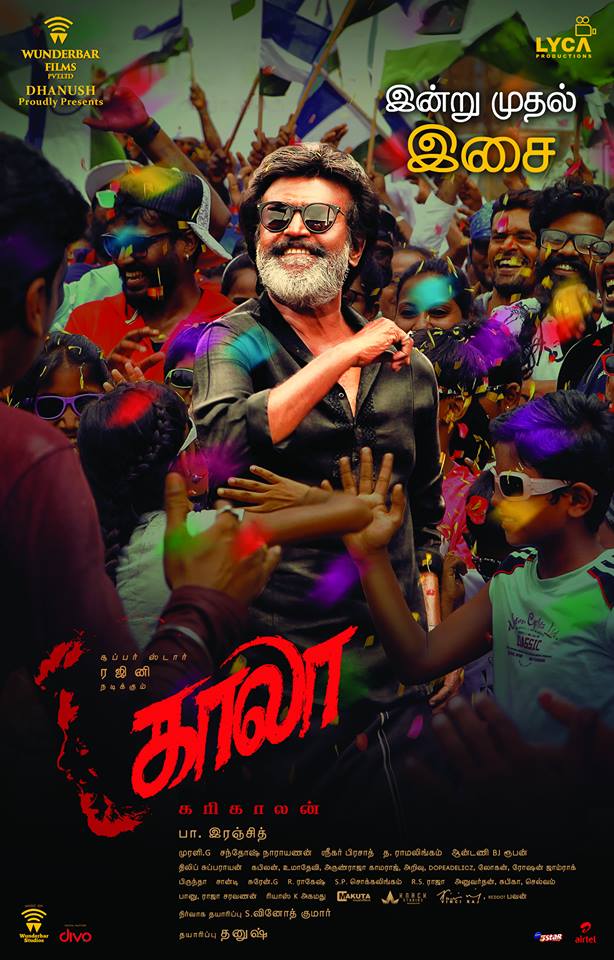 Meanwhile, there were many rumours spreading all around telling that the movie will get postponed for some more days. To break the rumours, Wunderbar themselves gave a clarification telling that movie will get released on June 7th as planned. Here is the Facebook post from Wunderbar Films:

“Contrary to some news articles, #Kaala releases on June 7th 2018 as planned. Watch out for more exciting news in the coming days! We can’t wait to show you guys the swag of Super Star as Kaala Karikaalan

Watch this space for more news!