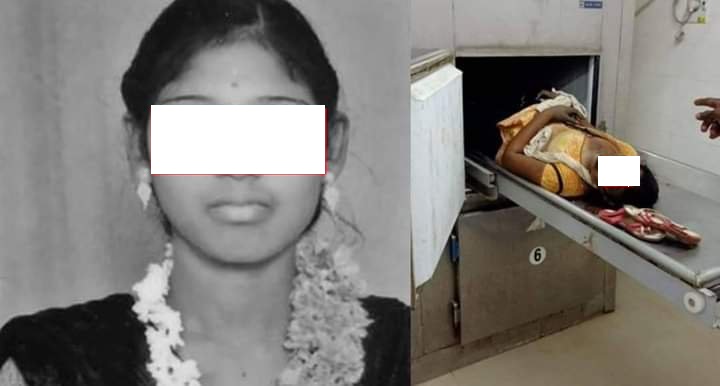 After Priyanka Reddy, another girl named Roja from Kanchipuram was gang-raped and brutally murdered. The 19-year-old girl was murdered by hanging in Tamil Nadu. The social networking sites are flooded with angry voices and emotions. People are expecting justice to those deaths and a permanent solution for the safety of women.

Coming into the details reported in behind woods, “The young girl Roja was in love with a man named Rajesh. After she figured out she got pregnant, she insisted he married her. He agreed and reportedly he called her and went to his place, according to Puthiya Thalaimurai.

In this situation, an unknown body was found in a farm and police retrieved the body and upon investigation, it was revealed that it was Roja. Police informed her parents and sent the body to the government hospital.

While investigating, it was found that she had cigarette burns on her body. Her family protested outside the hospital and then police arrested the suspected accused her boyfriend. It was found that Ramesh was already married and he didn’t want to marry Roja. Whether he murdered her or if it was a suicide is still being investigated. He has been charged with harassment and jailed.”

Here what Twitteratis said about the incident,