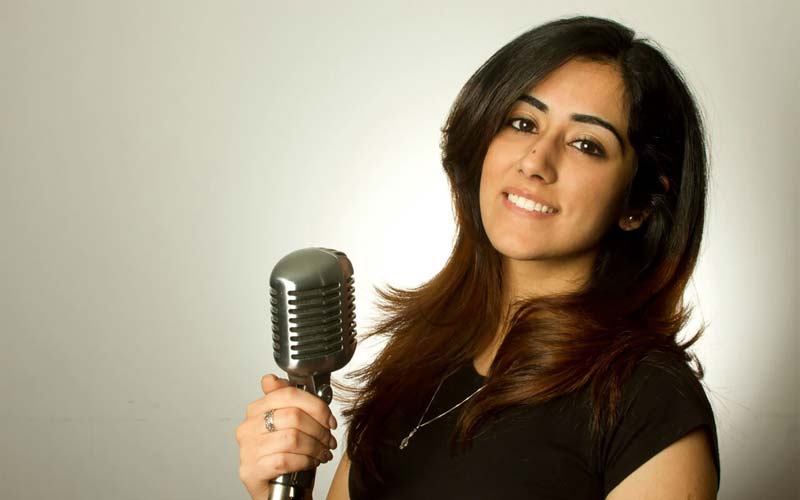 Jonita Gandhi is an Indo-Canadian singer and actress. She has sung in many languages like English, Tamil,  Hindi, Gujarati, Marathi, Bengali, Telugu, Punjabi, Kannada, and Malayalam. Her debut song Chennai Express was composed by Vishal-Shekhar in the year 2013. She made her acting debut in Vignesh Shivan’s Walking Talking Strawberry Icecream movie alongside Krishna Kumar of Soorarai Pottru fame. Jonita’s performance in Anirudh’s Chellamma song wins millions of hearts among youngsters and this is the reason she got an opportunity to act in the film. She also lent her voice for Baadshah’s’s Top Tucker song featuring Rashmika Mandanna.

Jonita Gandhi was born on 23 October 1989, in New Delhi, India. Jonita Gandhi family residing in Canada. Her father is Deepak Gandhi and his mother details will be updated soon and she has a brother who named Mandeep Gandhi. At the age of 7, she moved to Canada with her family and she was brought up in Toronto and Brampton.

Her father’s hobby is music and he is an electronic engineer by profession by knowing her potential he encouraged her to sing. She made her first performance in the year 1995 at a gig at her father’s show in Toronto on a Christmas event and some years has been followed to became prosperous for her. Moreover, she got an internship in CIBC World Markets during her undergrad because of her passion she continued her music in the background throughout her education. Later, when she staying in India she went for the training of Western classical music and also taken up the training of Hindustani classical singing.

Jonita Gandhi at her age of 17 she posted her videos that created with the collaboration of Aakash Gandhi, which went viral on the Internet. Moreover, she received good hits on YouTube for covers of songs like Someone Like You, Pani Da Rang, Tujhko Jo Paaya, Tum Hi Ho, Suhaani Raat, Yeh Honsla, and much more. She also appeared in a concert with Sonu Nigam to various countries that include Russia, UK, US and the Caribbean.

After all these things she tried her fortune in India and started her career in Bollywood music industry. She made her debut for Chennai Express with  Vishal–Shekhar. Then she also appeared in AR Rahman’s album Raunaq and she also sang a song for Mani Rathinams movie OK Kanmani. She commonly appears in the concerts of  A. R. Rahman, Amit Trivedi, Sonu Nigam, Pritam and Salim–Sulaiman.

Check out the latest photos of Jonita Gandhi,