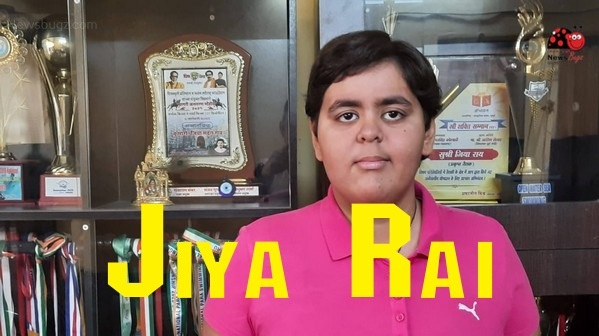 Jiya Rai is a young prodigy and autistic girl swimmer from Mumbai. She sets a new record of swimming across the Palk strait covering a distance of Thalaimannar to Arichalmunai’s Dhanushkodi in 13 hours. She is the daughter of Madan Rai, an Indian Navy officer. This 13-year-old girl studies at Navy Children School. Jiya Rai received the Pradhan Mantri Rashtriya Bal Puraskar award for her excellence in swimming which is also the highest honor for a citizen under 18 years. She dedicated her record-breaking victory to raising autism awareness.

On February 17, 2021, Jiya the 8th-grade student swam 36 km in 8 hours and 40 minutes. She is the world record holder of open water swimming. She started her swimming from the Bandra-Worli Sea link at 3:50 am and completed it at Gateway of India at 12:30 pm. This event was conducted under the observation of the swimming association of Maharastra. Jiya Rai had earlier swam from Elephanta Island to Gateway of India, a distance of 14 km in 3 hrs and 27 minutes on February 15, 2020, and the world record holder of the youngest girl with ASD to swim 14 km in open waters.

Here are some latest pictures of Jiya Rai,