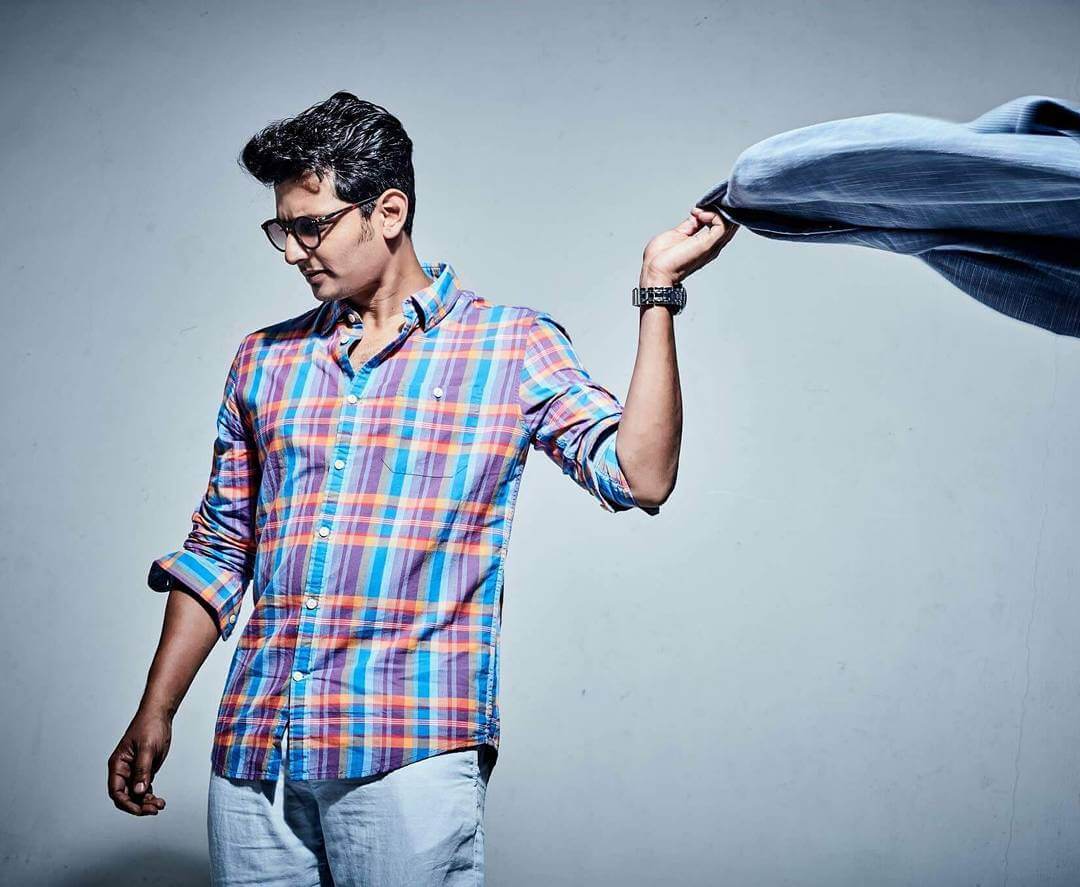 Jiiva is an Indian movie actor, philanthropist and producer, who predominantly works in Tamil film industry. He started his career as a child actor in 1991. He made his debut movie Aasai Aasaiyai in the lead role as Vinod which is directed by Ravi Mariya in the year 2003. Check out below for Jiiva Wiki, Biography, Age, Movies List, Family, Images and more.

Jiiva was born on 4 January 1984 in Trikaripur, Kasaragod, Kerala, India. Jiiva family is now residing in Chennai, Tamil Nadu, India. His father name is R. B. Choudary who is a famous independent south Indian film producer and his mother name is Mahjabeen. He has three named Suresh Choudary who is the co-producer in their home banner, Super Good Films, Jeevan Choudary who is the entrepreneur of a steel company and Jithan Ramesh Choudary film actor and producer. He did his schooling in Adarsh Senior Secondary School, T Nagar, Chennai and he did his graduation in Multimedia Graphics course at Crescent Engineering College, Vandalur, Chennai. Jiiva wife name is Supriya they both got married on 21 November 2007, and the couple was blessed with a boy child named Sparsha Choudary.

He started his acting career in the year 1991, as a child actor under his father’s production. Then in the year 2003, he made his debut movie Aasai Aasaiyai in the lead role which is directed by Ravi Mariya but the movie was not good at the box office. His second movie is Thithikudhe in this movie he featured with Sridevi Vijayakumar and the movie is produced by his father. In 2005, he made his third movie Raam directed by Ameer which is his breakthrough movie in his acting career, and the movie was screened at the International Film Festival in Goa and later at the Cyprus International Film Festival, where he also won the Best Actor award. Later he featured in the movie Dishyum with Kadhal Sandhya and in the same year he featured as an NSG Commando in a Malayalam movie Keerthi Chakra with Mohanlal. Then for this movie, he grabbed the Best Pair Award along with Gopika at Asianet Film Awards. In 2007, he appeared in the movie Kattradhu Thamizh with Anjali which is a sleeper hit movie and he appeared in the movies Rameswaram in 2007 and Thenavattu in 2008 was average at the box office.

In 2009, he appeared in the movie Siva Manasula Sakthi directed by Rajesh which is a romantic comedy movie. Later in 2010, she signed for the movie Kacheri Arambam with Poonam Bajwa produced by his father. Then in the year 2012, he featured in the movie Nanban which is the remake of Bollywood blockbuster movie 3 Idiots. In this movie, he featured with actor Vijay, Srikanth and the movie is directed by Shankar. Then he appeared in the Mysskin‘s superhero movie Mugamoodi and the movie has received a mixed review. In the same year, he featured in the Gautham Menon‘s movie Neethaane En Ponvasantham with Samantha and Santhanam but the movie was average at the box office. In 2016, he made his 25th movie Pokkiri Raja with Hansika Motwani which offered mixed to negative reviews. Then in the following years, he featured in various movies like Kavalai Vendam with Kajal Aggarwal directed by Deekay, Sangili Bungili Kadhava Thorae with Sri Divya, Kalakalappu 2 with Shiva, Jai, Nikki Galrani and Catherine Tresa directed by Sundar C. Apart from acting he appeared as a judge on STAR Vijay’s reality dance competition Jodi Number One season 3 with Sangeetha and Aishwarya Rajinikanth. Moreover, he also appeared as a judge on Astro’s Yuttha Medai All Stars Grand Finals in Malaysia.