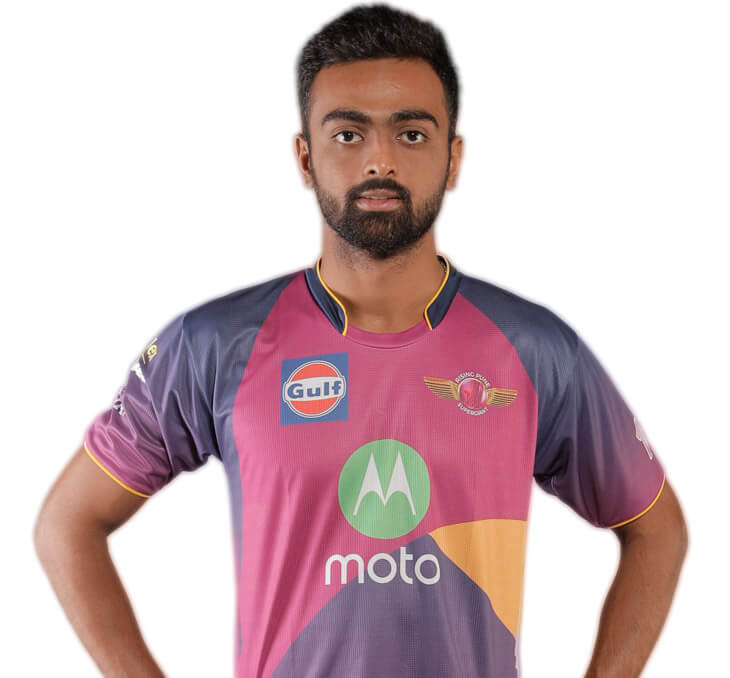 Jaydev Unadkat is an Indian cricketer, who plays for the Indian national team and Rajasthan Royals in the Indian Premier League. He also plays for Saurashtra in domestic cricket. He has also represented India for Under-19 Cricket World Cup. He is a Left-arm medium bowler and a right-hand batsman. In the 2019 Indian Premium League, Jaydev Unadkat was sold to Rajasthan Royals for a whopping price of 8.4 Crores.

He started his IPL career with Kolkata Knight Riders. On his second match, he took three wickets and did some impressive fielding. In that match, he won the man of the match trophy. He played for Kolkata Knight Riders in three matches, where his consistency helped him to enter into the Indian team. After KKR, Jaydev Unadkat was picked up by Royal Challengers Bangalore for IPL-6 as one of the costliest Indian buys for $525,000. In the following years, he played for various IPL teams and improved his talent and showed his performance in every match. In the year 2018, he was named in the squad for India Blue for the 2018–19 Duleep Trophy. In the same year, he was also named in the India B’s squad for the 2018–19 Deodhar Trophy.

Jaydev Unadkat started his International career in the year 2010. He made his debut match against South Africa on 16 December 2010 for the 1st Test at Centurion. In that match, he did not take any wickets. In the 5 matches of ODI series against Zimbabwe, he took 8 wickets with the best figures 4–41, but he did not play well in the ODIs vs Australia and West Indies. On 18 June 2016, he made his debut Twenty20 International against Zimbabwe at Harare Sports Club.