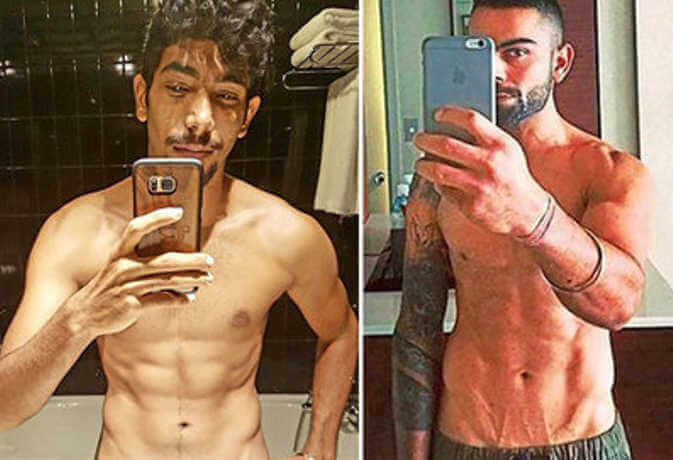 Jasprit Bumrah and Hardik Pandya’s Latest Photoshoot: Fitness has become an integral part of Indian cricket. Recently, Each and every player is focusing on his fitness regime especially after the Yo-Yo test has become one of the most important criteria to get picked in the Indian part. Recently, Indian player Yuvraj Singh shared a picture on his Instagram account from one his work out sessions with Team Indian Players like Axar Patel, Jasprit Bumrah, Kedar Jadhav, Hardik Pandya, Dinesh Karthik and Yuzvendra Chahal. Indian Bowler Hardik Pandya had earlier asked to be rested having played non-stop cricket in the recent past from IPL to ODIs and now playing his first Test against Sri Lanka earlier this year.

The Indian skipper Virat Kohli started a trend in the Indian team to do hard work in the gym to maintain his physic. But now it seems that everyone in the team has following his trend to be fit. Recently, the Indian pacer Jasprit Bumrah has shown his abs and shared his shirtless photo on Instagram with the caption that read,

“It takes dedication and hard work to consistently improve yourself.?? #stayfit #RaiseTheBar.”

It takes dedication and hardwork to consistently improve yourself.💪💪 #stayfit #RaiseTheBar

Indian cricketer Hardik Pandya has been shooting for Maxim recently and has uploaded multiple pictures from the shoot. He was rested from the ongoing India vs Sri Lanka Test series, uploaded a picture on Twitter from his photo shoot for upcoming iconic magazine Maxim India.

Hoping to be fit for the upcoming South Africa tour, Hardik Pandya revealed that he is going to work on his fitness to be ready for the big series. It is very important for athletes to stay fit.

Trump Tweets He Turned Down Time’s “Person Of The Year” And People Likes, “Sure, Jan”