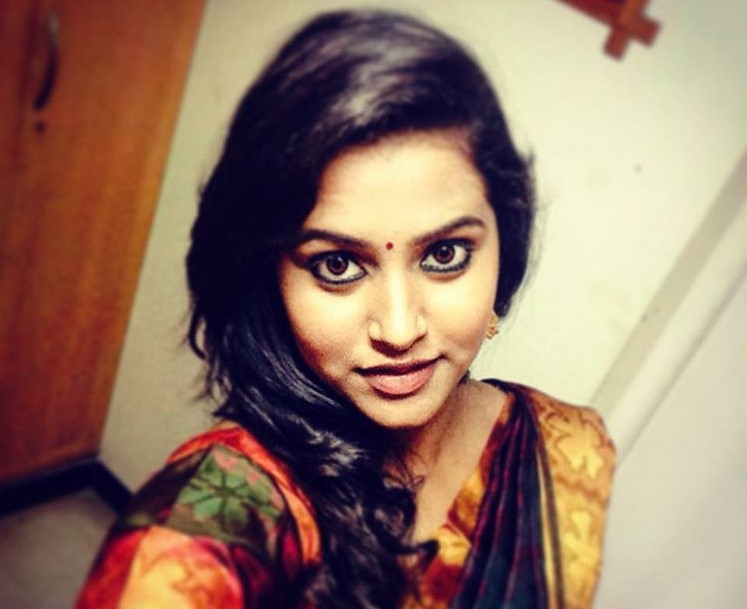 Jacqueline Fernandez is an Indian Television Actress and Anchor who works in leading channel Vijay TV. She became famous after hosted a comedy show “Kalakka Povathu Yaaru” along with VJ Rakshan. She has hosted the 5th, 6th and 7th season of Kalakka Povathu Yaaru. Jacqueline is famous for her Chennai slang and she has developed her anchoring skills through this show. Check out below for VJ Jacqueline Wiki, Biography, Age, TV Shows, Serials, Images and other details

Jacqueline Fernandez was born on 8th February 1996 in Pannur, Tamil Nadu, India. She is currently staying at Chennai where she did her graduation in B.Sc Visual Communications at Loyola College of Arts and Science. She also got trained as an Air hostess at Frankfinn Institute of Airhostess Training. She made her debut as an actress through a serial in Vijay TV called “Andal Azhagar” in which she played the role of Thenu aka Thenumozhi.

She acted along with Kalyani, Ramya and Reshma in the serial Andal Azhagar. Jacqueline is an easy-going person who doesn’t mind people teasing her for fun. She made her big-screen debut along with lady superstar Nayanthara in the film Kolamaavu Kokila. She currently doing a lead role in serial Thenmozhi (2019) that is aired Star Vijay TV.