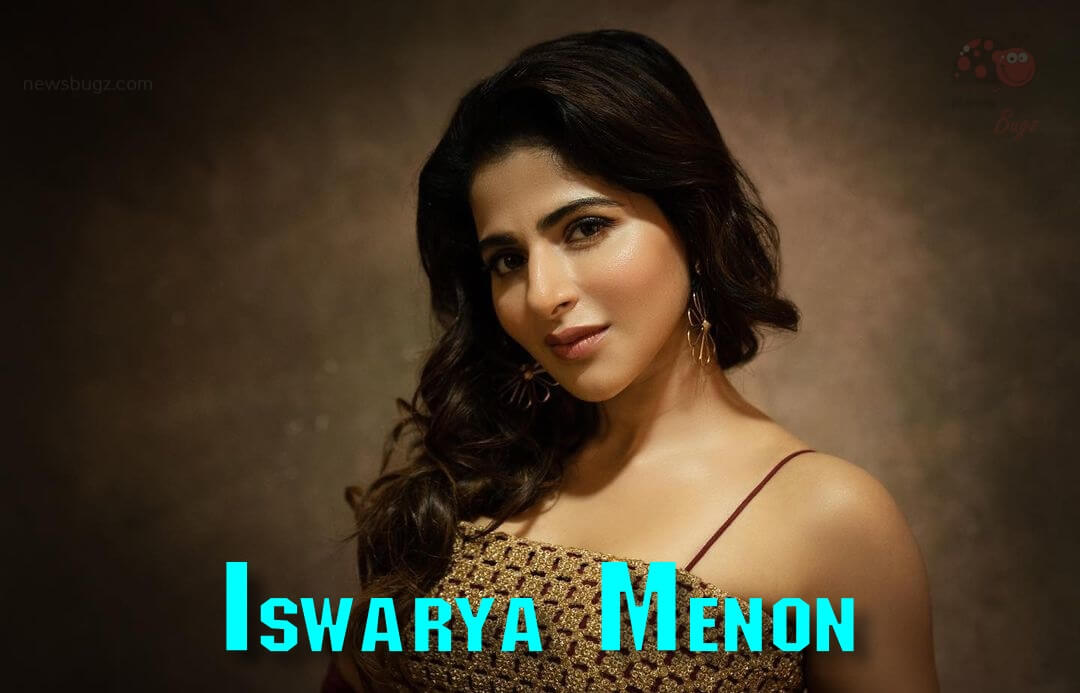 Iswarya Menon is an Indian film actress, who works predominantly in Tamil, Kannada, and Malayalam films. She made her debut in the Tamil comedy film Theeya Velai Seiyyanum Kumaru and its Telugu version Something Something. Her movie like Veera, Monsoon Mangoes, Naan Sirithal, Vezham, and others gave her recognition in the film industry. Her role as Arun Vijay’s lover in the Tamil Rockerz web series was appreciated by the audience.

She was a trained Bharat Natyam Dancer. After graduation, she started her professional career by working in the Top IT Company TCS. But, she always wanted to be an actress and thus she quit her job and decided to try acting. Because she was already involved with music, dancing, and theatre from her school days, she already has some connections in the Tamil film industry.

In 2012, She made her acting debut with the comedy Tamil film titled Kadhalil Sodhappuvadhu Yeppadi. She played the supporting role in the film and the film was a huge hit at the box office. The same year, Aishwarya also made her Telugu film debut with the film called Love Failure. She then played her first significant role in the Tamil film Theeya Velai Seiyyanum Kumaru. This was the first time that she got noticed and since then has acted in some big banner movies in Kannada and Telugu films.

Here are the recent photos of gorgeous actress Iswarya Menon,