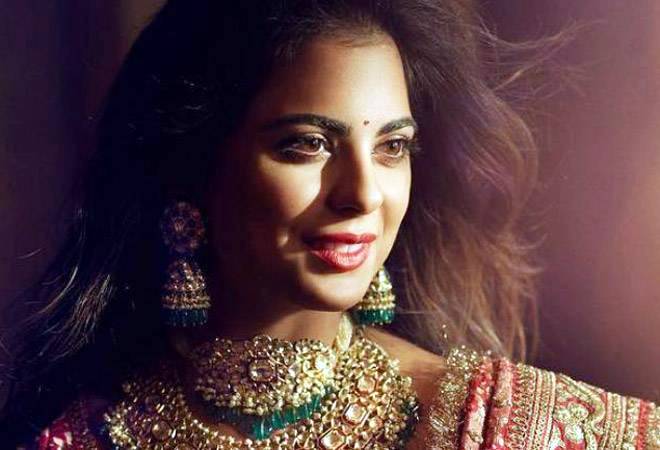 Isha Ambani is an Indian businesswoman and the daughter of India’s top businessman Mukesh Ambani. After her graduation, she was recruited into the boards of directors of Reliance Jio and Reliance Retail. In 2008, Isha Ambani had a net worth of ₹4,710 crore (US$660 million), and was ranked 2nd on the Forbes’ Youngest Billionaire Heiresses list. In 2015 Isha Ambani was named among the 12 powerful upcoming businesswomen in Asia.

Isha Ambani was born on 23 October 1991 in Mumbai, Maharashtra, India. Isha Ambani family is now residing in Antilia, Mumbai, Maharashtra, India. Her father name is Mukesh Ambani, Chairman & Managing Director of Reliance Industries and her mother name is Nita Ambani. She has two brothers named Akash Ambani and Anant Ambani. She completed her schooling in Dhirubhai Ambani International School, Mumbai and finished her graduation in Psychology and South Asian studies at Yale University and Stanford Graduate School of Business, California, the U.S. Anand Piramal and Isha Mukesh Ambani got engaged on September 23, 2018, and married on 12 December 2018.

After her graduation, Isha Ambani started to work as a business analyst in the consulting firm, McKinsey & Company in the US. Then she was added to the boards of directors of Reliance Jio and Reliance Retail. In the year 2015, she launched Jio’s 4G services with her brother Akash Ambani in the presence of the brand’s ambassador, Shah Rukh Khan. In 2016 April, Isha Ambani has launched AJIO, an online fashion retailer at the edition of Lakme Fashion Week 2016. Later, she oversees the AJIO’s management segments and branding with the subsidiary of Reliance Retail.