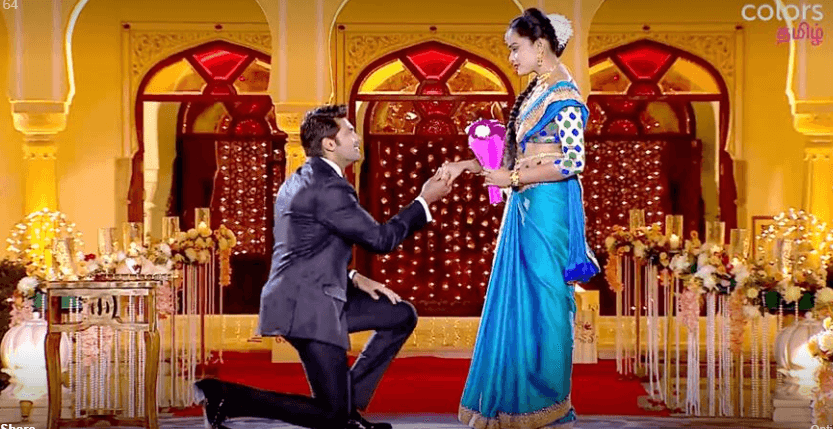 No Winners Announced in Enga Veetu Mapillai: Actor Arya feels guilty to announce the winner of the show as he feels that other contestants and their families will get hurt with the decision. He also said that he will announce his bride in few days.

Overall, the expectation of the people and Arya Fans got disappointed on his decision. Expecting more controversies on Arya’s statement and Colors Tamil Channel should reveal the truth behind this unexpected result.

Enga Veetu Mapillai is a Marriage reality show which is getting telecasted in Colors Tamil Channel. The program is completely scheduled for Colors Tamil TV‘s brand ambassador Actor Arya. As per the program, the winner of this reality show “Enga Veetu Mapillai” will marry Actor Arya. This is the first time a Marriage reality show is being conducted in the Tamil television industry. Arya being the Groom of the show will select his soulmate from the 16 contestants who are participating in the show. The show is getting telecasted on Colors TV at 8.30 PM IST from Monday to Friday. After all romantic moments, tests and eliminations, the reality show has made it to the end where the celebrations had begun. The latest episode of Enga Veetu Mapillai ended with a fun-filled Mehendi function in which Arya and the three finalists of Enga Veetu Mapillai – Susanna, Seethalakshmi and Agatha Magnus geared up for yet another important marriage function – Sangeet.

The video which is rolling out viral on social media shows Shreya Surendran and Suwetha are hugging Seetha Lakshmi to express their happiness on her victory. In the video, we can see Shreya and Suwetha calling Seetha “Kalyana Ponnu” which means bride. Seethalakshmi Hariharan is a Model and TV presenter who is from Kerala, India. She is also working as Bank Manager in South Indian Bank. She saw Arya’s advertisement and applied to be the bride for Actor Arya. 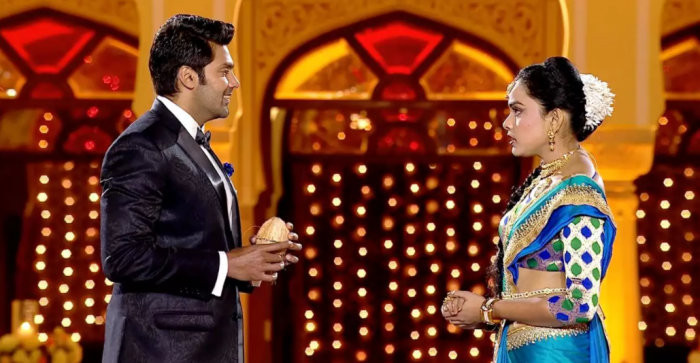 She entered the show as a contestant and out of the finalist, there are chances for her to tie the knot with Arya. Also, Actor Arya pre-announced to other contestants that he will be going to marry Seetha Lakshmi. The rumours are giving the expectation that Seetha Lakshmi would be the winner of the show but the official announcement will be given in the final episode. Click here to Know more Enga Veetu Mapillai Episodes and updates.