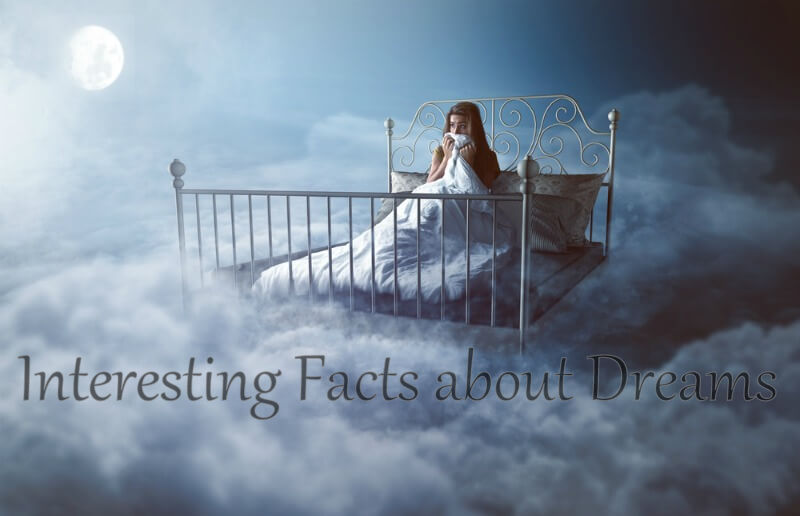 In every once, life dreaming is one of the most mysterious and exciting experiences. So every human in the world will like to know the psychology of dreams. While dreaming sometimes people show various expressions like happiness, sadness, strangeness and much more. Each human in the world will dream two hours per night. While waking up in the morning, you tend to forget 95% of your dreams. Moreover, in 3100 BC dreams played a vital role in people’s lives. So there are a lot of linked with the dreams and let us see what they are.

During the time of Mesopotamian civilization, their governing decisions and cultures were based on dreams. Apart from classical thinks and belief, most of the artists, scientists and inventors got ideas from their dreams. It is a common thing for every living being as dogs can also dream. Moreover, it is one of the ways to satisfy all our need that couldn’t be done practically. Sometimes it may offer some path or ides to sort out many issues that happen in our day to day life. In this article, we have listed some interesting facts about dreams.

Related 10 Romantic Ideas For a Night Date At Home

Get to know strange, funny and exciting facts about your dreams. Read below.

The people who are born blind can also dream but not like normal people. They can dream with their other senses like sound, smell, touch, and emotion. Then the person who became blind after birth can see some images on their dreams.

Do Everybody Dream with Colors

According to a survey, the people who have 12% of sight will dream in black and white. People with normal eyesight can have fully coloured dreams. This was believed in between the years 1915 to 1950, but this criteria changed in the 1960s. Nowadays just 4.4% of people under 25 years old are dreaming in black and white. The recent research says that the reason for this change is the switch from black-and-white films and TV to colour media culture.

At the time of REM sleep, our brain mechanism will paralyze our body which prevents you from the moves that happen in your body. But this mechanism may be triggered before, during, or after the brain awakens from the normal sleep.

Difference between Men and Women’s Dreams

Men: Most of the men will dream about other men and nearly 70% of characters who appear in a man’s dreams are men balance 30% are women. Basically men have more aggressive emotions in their dreams.

Women: In the dreams of women, both men and women will appear in equal numbers. Then the female will get even more aggressive emotions than men on their dreams.

After many types of research and studies having done on many animals says that the brain waves of the animals are quite the same as humans. So they can also dream like humans, for instance you can see that the dog will move its legs while sleeping, which means that it is running in its dream. Sometime it may also create some sound if they attack anything on its dream.

Dreams which come in our sleep may happen, so you have to prepare yourself according to your dreams. The researchers have done six experiments and come to the conclusion that it is you who put stock in your dream. The dreams which come in our mind are meaningful and it tries to indicate something in our real life. So when you get some dreams like winning a lottery or having an accident you should be alert.

The Dream Shows Only the Known Faces

In dreams, people can see only the faces of the people whom you know and your mind is not a face inventor. In dreams, you can also see the face of the person you have met in your life but may not know or remember. The contents stored in your subconscious mind will appear in your dreams according to your mindset while sleeping.

Listed are some of the interesting facts about dreams. If you have got any special dream anytime, share it with our readers in the comments below.