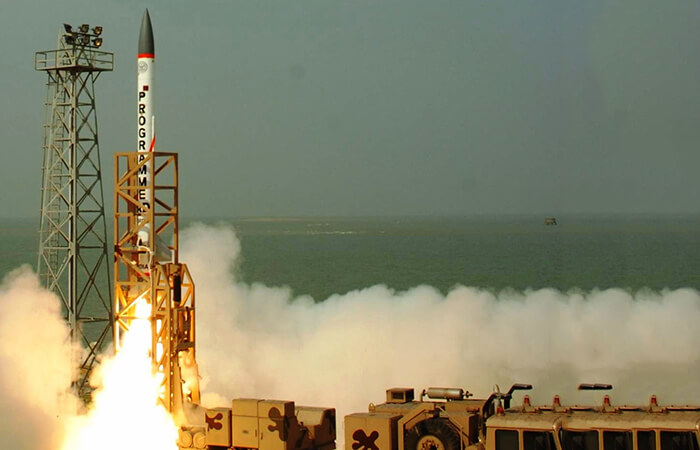 After the successful test of the PAD missile earlier, India has now conducted a successful test of the AAD (Advanced Air Defence) missile. India on Wednesday has successfully test-fired its indigenously developed supersonic interceptor missile which is capable of destroying any incoming opponent ballistic missile at a lower altitude.

For the second time that the missile has been test-fired in less than a month on 1st March 2017 and is the part of an effort to put in place a multi-layer missile defense system. The interceptor was also engaged against a target which was a Prithvi missile fired from the launch complex three from the Integrated Test Range (ITR) at Chandipur near Balasore in Odisha, carrying up the hostile ballistic missile. The targetted missile was launched at around 10.10 am.

After around four minutes the interceptor, Advanced Air Defence (AAD) missile has placed at Abdul Kalam’s Island in the Bay of Bengal, receiving signals from the tracking radars, roared into its trajectory to defeat the incoming hostile missile in mid-air, in an endo-atmospheric altitude, said the official. 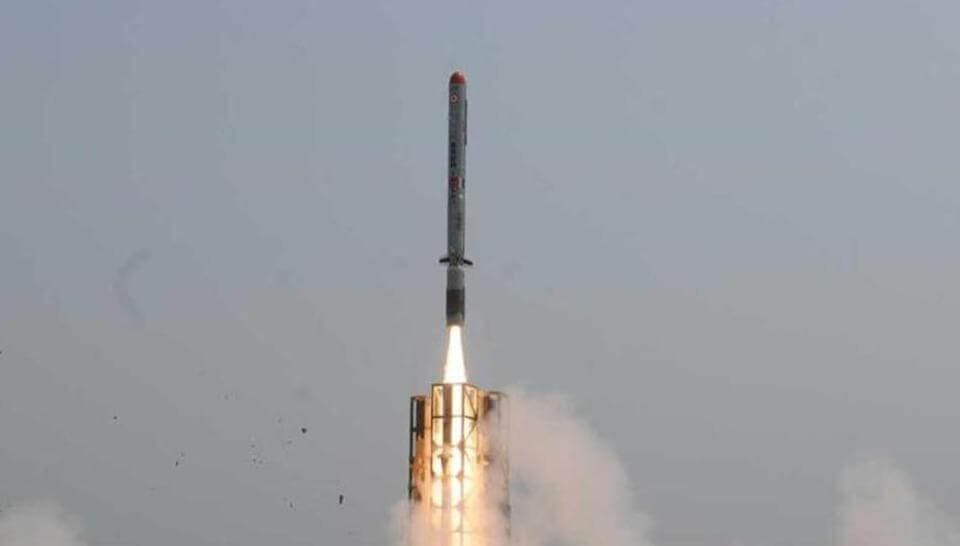 A defense official stated that it was a low altitude trial and added that this day’s test launch was conducted to validate the various parameters of the interceptor in flight mode.” A scientist of the Defence Research Development Organisation (DRDO) has said that the mission was great, and it was a direct hit.

The interceptor is a 7.5-meter long and a single stage solid rocket that propelled guided missile equipped with the navigation system, a hi-tech computer, and an electro-mechanical activator, said the official. The interceptor missile had its mobile launcher, a secure data link for the interception, homing capabilities, an independent tracking and sophisticated radars, added the official. 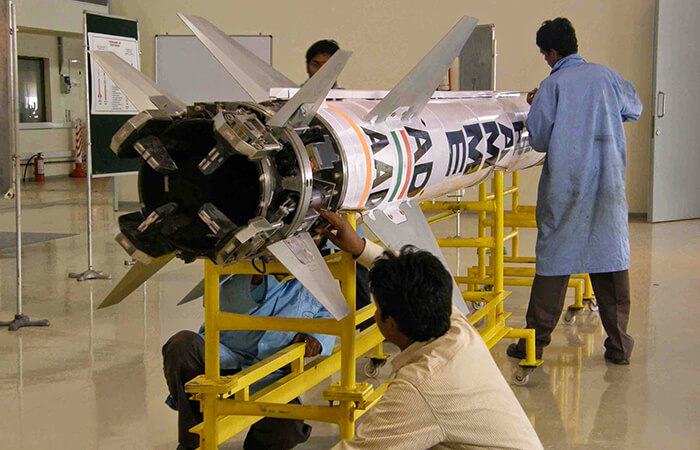 The missile had earlier scheduled for a test launch in November last year, but the trial was delayed due to some technical reasons. The Defence Research and Development Organisation (DRDO) had also carried out the second test of PDV (Prithvi Defence Vehicle) interceptor on February 11, which was capable of killing the incoming weapons at an altitude of more than 100 km at the exo-atmospheric zone.

The Scientific Adviser to the Defence Minister Dr.G Satheesh Reddy has arrived at the test facility to oversee the launch preparation. While the range anticipation of the trial was near complete and the missile was integrated with the launcher, the final round of checking of the missile’s sub-systems is on.

‘‘Countdown has already begun for the trial. As per the coordinated exercise, the interceptor would kill a target missile, which if fired from a different location and mimicking an enemy missile, mid-air,’’ said a defense official.

A successful test of the missile holds importance as the weapon system, which has been tested fired at least eight times successfully, is now likely to be inducted in the armed forces and deployed at strategic locations to guard the country’s cities and also vital installations from hostile attacks.

Developed by DRDO, the 7.5-meter tall interceptor was a single stage solid rocket propelled guided missile equipped along with an inertial navigation system and an electro-mechanical activator under command by the data uplinked from the ground-based radar. The missile was auto-launched after receiving the commands from the radars on the incoming missile. 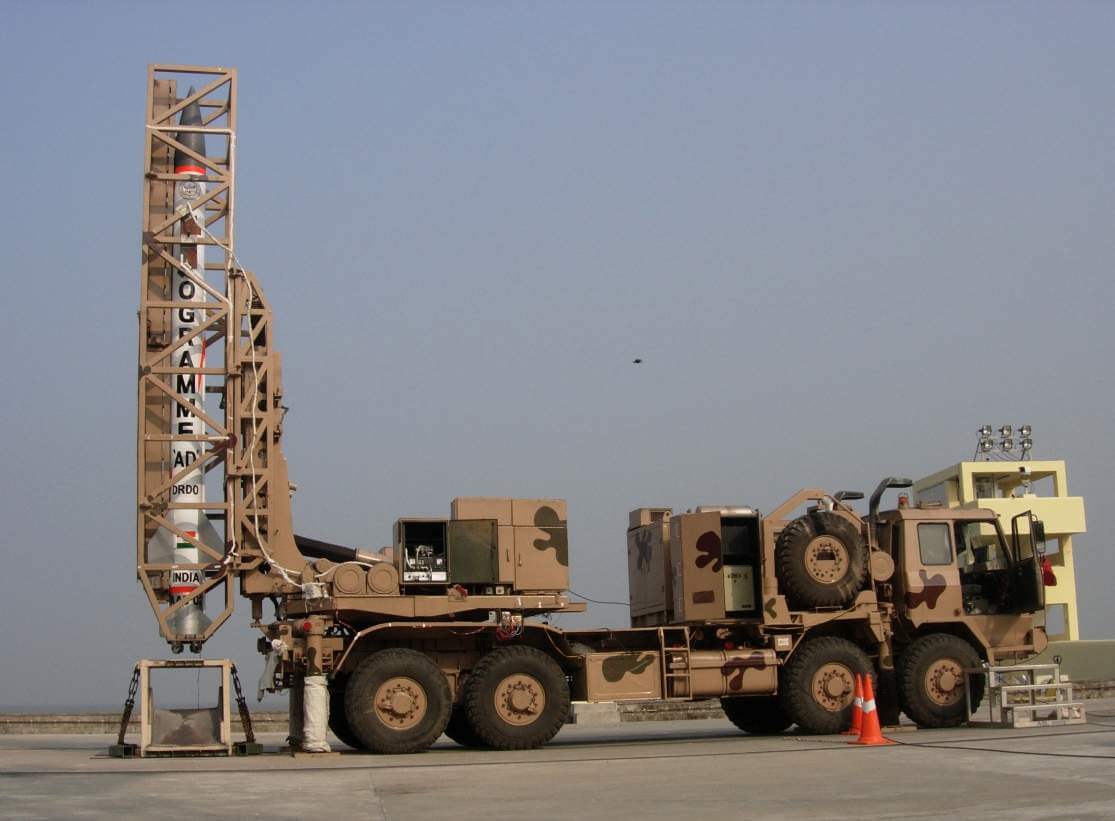 Few minutes before the launch of  Advanced Air Defence

India is the fourth country in the world to have the BMD program with an effective anti-ballistic missile system. Other countries that have developed a ballistic missile defense system include the US, Russia, and Israel.  The defense official has said though the BMD program is triggered by growing an arsenal of the neighboring countries, India has been maintaining a no-first-use principle.

On February 11, an incoming hostile ballistic missile target was successfully intercepted at a higher altitude, above 50 kilometers of the earth’s atmosphere by an exo-atmospheric interceptor missile from the Odisha coast. Earlier, the low altitude endo-atmospheric test of AAD missile had been successfully tested and launched on May 15, 2016, from the same base.