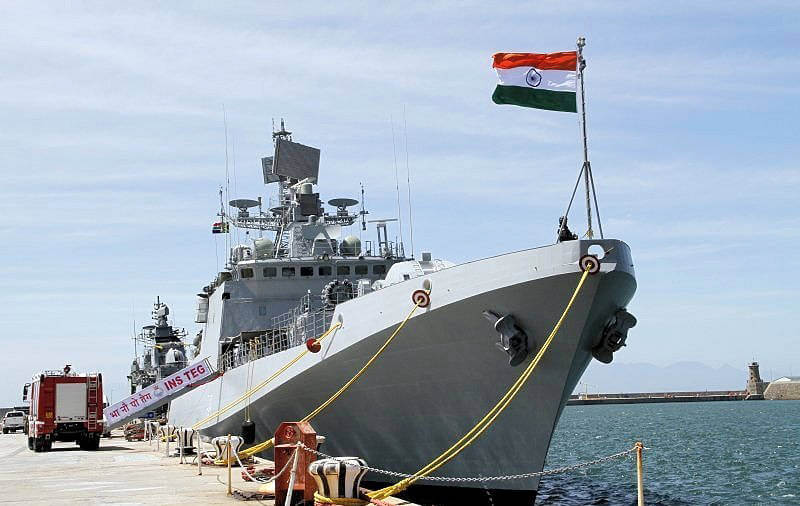 The year 2021 is celebrated as ‘Swarnim Vijay Varsh’ to commemorate the 50th anniversary of India’s victory in the 1971 war.

Father of the Indian Navy

The Maratha Emperor, Chhatrapati Shivaji Maharaj of the 17th-century is considered the “Father of the Indian Navy”. He was born on 19 February 1630 in the hill-fort of Shivner, Maharastra which is located near the city of Junnar in the Pune district.

He demonstrated great skill in creating his military organization and built a strong naval presence across the long coast of Konkan and Goa to protect sea trade and the lands from the sack of prosperity of subjects from plunder, coastal raids, and destruction by Arabs, British, Portuguese, Dutch, Abyssinians, and pirates.

He built ships in towns such as Bhivandi, Kalyan, and Goa for building a fighting navy. Shivaji also built a number of sea forts and bases for repair, storage, and shelter. On Coastline, he fought many lengthy battles with Siddis of Janjira.

History of the Indian Navy Day

Indian Navy is the main armed force in safeguarding the borders of the marine of the country and is used to develop its position in the areas of the Indian Ocean. Also, it extends the International Relationship between other Countries by the Missions of the Humanitarian, Going to the Seaport, Exercises of the Joint, Relief from the Natural Calamities, etc. During the Indus Valley Civilization, the world’s first tidal dock have been built at Lothal around 2300 BCE, near the Mangrol harbor on the Gujarat coast.

The Rig Vedas had written around 1700 BCE, credits Varuna with knowledge of the ocean routes, and describes naval expeditions. Plava is the reference to the side wings of a vessel that give stability to the ship under storm conditions. In the 4th and 5th century AD, Matsya yantra is used as a compass for navigation.

Sea lanes between India and nearby lands were the common form of trade for many centuries, and are responsible for the broad influence of Indian Culture on other societies, particularly in the Indian Ocean region. Supreme navies included those of the Maurya, Chola, Maratha, Satavahana, Vijayanagara, Kalinga, and Mughal empires. The Cholas exceeded in foreign trade and maritime activity, extending their influence overseas to China and Southeast Asia.

Indian Navy Day is used to make every people aware of the Navy and its Contribution to the Country. Indian Navy gives protection for every people of the country and makes them sleep with lots of relief without ant fear from the Bombs ports or any other Enemy Attacks.

Navy Day in India is celebrated to commemorate the brave attack on the Karachi harbour during the Indo-Pakistan war on 4 December 1971 by the Indian Naval Team with the help of Missile boats.

Recently, a movie was released in the name “The Ghazi Attack” which is based on the true story of the Indian Navy’s brave attack on Pakistan’s Submarine Ghazi during the Indo Pak War (1971).

They protect the people by doing their service very attentively with lots of difficulties from Day to Night-time daily. For this attention, they have to do regular Exercises to keep their Health Fit and Good for working Whole Day. Navy forces are used to find all the major obstacles in the ocean, and they are used to link with the different Forces such as air forces to get every information about the country.

Checkout and share the latest photos of Navy Day,