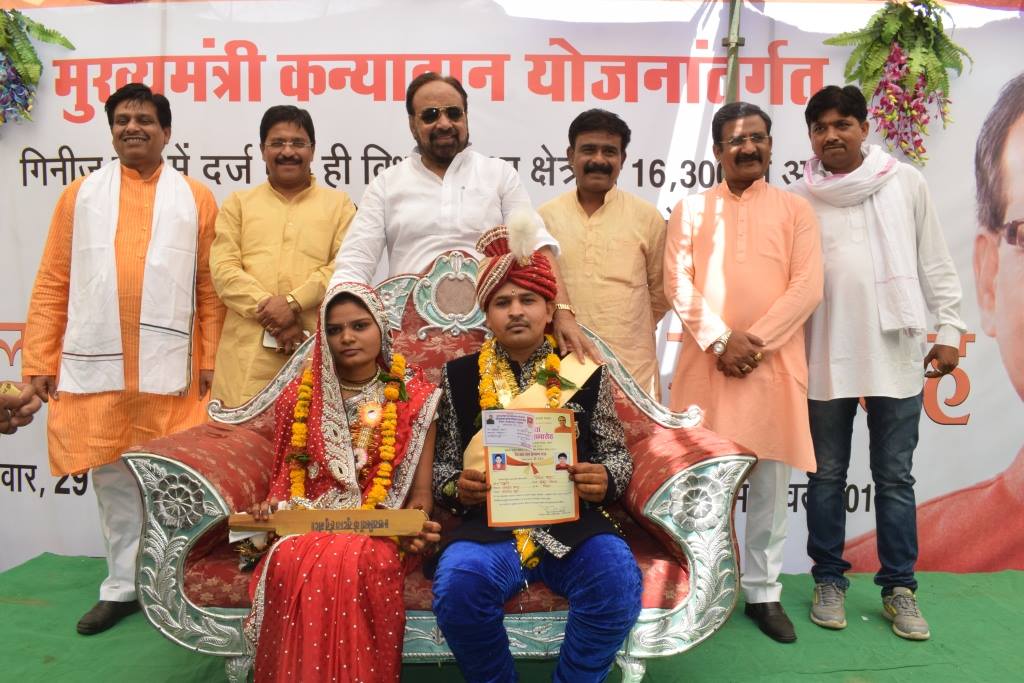 Tha mass weddings are a common practice in India, where a large number of couples unite together to get married on an auspicious day. But the wedding ceremony became unusual when Gopal Bhargava, the minister of social justice and rural development, presented the brides with a bat and insisted them to use it if necessary.

At a mass wedding in the Indian State Madhya Pradesh, 700 brides were presented with bats to be used on their husbands if turned abusive. A message such as “for use against drunkards“, “a gift to keep drunks in check” and “police won’t say anything” are stamped in pink over the paddles which measure about 40cm (15in). Mr. Bhargava has ordered nearly 10,000 bats for distribution to newlywed women.

“If your husband or any other member of family comes home drunk, treat him with it,” he said.

Mr. Bhargava said that he got this spark when a women asked him whether she should get him out of drinking by beating him with a plank. In Madhya Pradesh, the Gulabi Gang – a group of female vigilantes in pink saris and carrying wooden sticks have recently launched a campaign to stop vendors selling alcohol and to shut down illicit moonshine operations. Many Indian states have posed laws against alcoholism in recent times by either banning or restricting its sale. 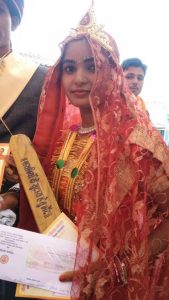 The Tamil Nadu state government has pledged to abolish alcoholism as a part of its re-election campaign and Eastern Bihar imposed an alcohol ban in 2016. Crimes against women increased 34% between 2012 and 2015 according to the National Crime Records Bureau, with cruelty by husbands and relatives the most commonly reported offense.

“Women say whenever their husbands get drunk they become violent. Their savings are taken away and splurged on liquor”. “There is no intent to provoke women or instigate them to violence but the bat is to prevent violence,” he told AFP news agency.

Mr. Bhargava posted pictures of the brides with the bats on his Facebook page. Mass weddings in India are offered to help low-income couples marry without having to pay for their own event. Local media suggested it was a move to garner support ahead of state elections next year.