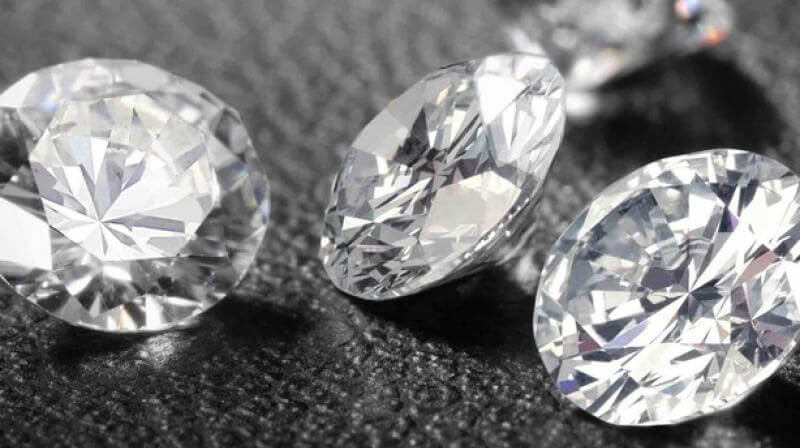 India’s only diamond producing region, Panna which was situated nearly 400 km from Bhopal in the northeastern Madhya Pradesh. An illegal mining was rampant, with even Gond tribals, besides the locals, being involved in the diamond trade.

Extending 240 km from Bundelkhand region along the Vindhya ranges, one could find the diamond deposits in the farms, forests, and government land.

One could ask anybody in Panna about the diamond mining and the immediate response would be “Number 2 or Number 1?“. For locals, the former was illegal, and the latter was legal.

Panna was the only mechanized diamond mine at Majhgawan in India which was operated by the National Mineral Development Corporation (NMDC). The government or the local administration leases about 8X8 meter plots of a private or revenue land to the prospective miners in the rest of the district. 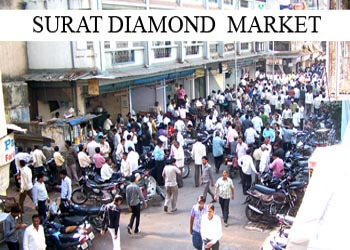 Diamond hunters dig for the gravel and wash it in the water and look for the sparklers in the gravel. If a lessee finds the diamond, he or she has to deposit the diamond at the diamond office, where all the diamonds were valued and then auctioned quarterly, with a royalty of 11.5 percent on the sale value got by the state government. The rest goes to the lessee after the deduction of taxes.

At the Panna diamond office in last year, of about 838 karats of diamond from 952 8x8m mines was submitted. But many claims this was significantly less when compared to the overall diamonds unearthed in the whole of Panna.

The diamond hunters sell the best quality gems directly to the middlemen who send them to the traders in Mumbai, Hyderabad, Surat and elsewhere later.

The people who were associated with the trade cite the slow auction process and huge royalty as it was the reasons for taking the illegal route.

According to the locals, the diamonds found in the forests were much sought after as they were bigger in size and also found near the surface. The mining process has been banned in the jungles after the forest department notified the protected areas.

However, the Hindustan Times (HT) learned of illegal mining in Hurra Chowki forest area which was close to Panna Tiger Reserve. The Gond tribals were engaged in the activity and fled the spot on seeing the HT team.

The Gond tribes had hidden their tools like baskets, sieves, and shovels under the rocks alongside a stream. There were fresh signs of digging, cleaning, drying of the diamondiferous gravel at many points along the creek. In the Babupur forests, on the outskirts of Panna town, pits were scattered across the terrain. 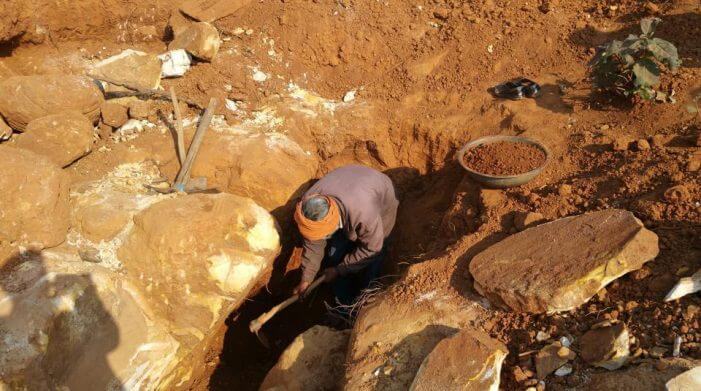 In Hurra Chowki, a Gond tribal told the HT on the condition of anonymity that they have targetted the forests as the chances of finding out the diamonds of bigger size close to the surface was more found.

A tribal told that they were poor people in the forest and they don’t have to pay any money to the landowners or the officials. There was always this danger of getting caught by the forest officials at any time. Being poor and with nothing to lose, they go for this gamble he added.

Vivek Jain, the Field Director, Panna Tiger Reserve said that appropriate action would be taken against violators who worked in digging.

He also stated that they make the best possible efforts to ensure there was no mining activity to be held in the forest areas or inside the buffer zone.

On The Government Land

Shallow mines have been given on for the lease, and some people were engaged in diamond mining despite the expiry of contracts as on December 31, at the Kamla Bai Ka Talab area which was the outskirts of Panna town.

The officials at the diamond mining office in the collectorate mentioned to the HT that they had received around 50 applications for the renewal of the leases, but the same were yet to granted.

Though contracts were awarded for 8X8 meter plots, HT found that the shapes and sizes got varied, with many pieces with size quite larger than the stipulated size and some were as thick as the 20 meters.

Though mines need to be filled up, the pockmarked terrain of the Panna showed it was not the case at all the time.

Sanat Kumar, a veteran diamond digger in the Itwa and Brajpur, told the HT that on the farm mines if a diamond was found, the landowner gets about 25 percent of the sale value of that diamond.

A miner, who has already invested of about Rs 15,000 to 50,000 in laborers, does not want to lose any money further on royalty and taxes. When caught, these miners could excuse that they if they were digging a well. 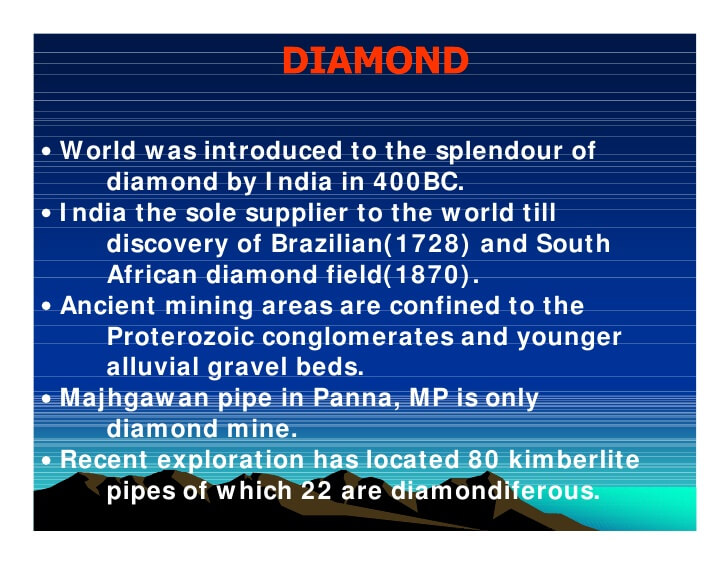 In Dalhan Chowki village which was close to Panna Tiger Reserve, similar illegal mining was being carried out. The people who lease one plot for mining would dig up the adjoining areas also.

Shyam Lal, a senior man, said that people here think it was their land and these were their diamonds. They believe that why the outsiders should get the biggest share of the profit

After mining, the sale would be made through intermediaries, who frequent the area. “Dalal fix hotey hai,” which means the middlemen are always in the loop. When the digger found a right diamond, then they would inform the middleman through the phone, and then a deal was struck after an on-spot check of the diamond’s quality, said a 34-year agent from Itwa, wishing anonymity, adding that they would get 2 percent of the cut.

90 Percent Of The Diamond Were Sold Illegally

Kusum Mehadele, the local MLA, and the minister alleged that of about 90 percent of the diamonds unearthed from Panna were smuggled out, particularly regarding big diamonds.

In August 2016, a 72-carat diamond was found by a villager in Panna with almost about the size of a gooseberry. It was expectantly sold illegally and would have fetched around Rs 40 to 50 crore, she said and added that after she had written to the CM Shivraj Singh Chouhan, and a FIR was registered in the matter.

Ratnesh Dixit, the Diamond officer of Panna, told the HT that with ten sepoys, they were trying for their best to keep a tab on over 950 mines in the district.

He said that they don’t have a diamond inspector at the moment. Since the last two years, they have taken action against eight people for taking part in mining violations.

He refuted the allegations of rampant illegal mining, saying that only the individuals who had to pay to laborers immediately, did so.