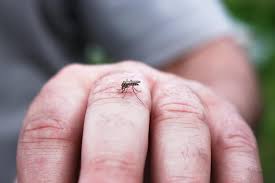 A 20-year-old student who was doing his dual degree in Mechanical engineering from IIT Madras died while receiving treatment for complications related to Dengue fever. He was initially admitted to the Institute Hospital on campus on Tuesday afternoon with a high fever and abdominal pain. Dr Mahalakshmi M, the chief medical officer of the Apollo hospital told that “His platelet count had fallen from 1.25 lakh to 46,000,” and later, he was taken to Apollo Hospitals on Greams Road in the evening. A Doctor who was part of the critical care team from Apollo Hospitals said that the patient was monitored for two days.

“He had symptoms of dengue shock syndrome including fever and internal bleeding. He died of multiple organ failures around 1.30am,”

A 20-year-old student from IIT Madras died while receiving treatment for complications related to Dengue fever.

Prem Avinash had a severe form of the viral fever which is confirmed by his blood test. Officials of the health department in the Chennai Corporation said they were waiting for the lab reports from the hospital, Dr N Senthilnathan city health officer told that if the report confirmed that boy died related to dengue, then this would be the first death due to dengue in the city this season.

“We have sent officials to investigate and sanitary inspectors are also stepping up anti-vector activities on campus,”

According to city corporation records, the city has registered 110 cases of dengue from January. A senior corporation official said that the size of IIT-M campus is huge which is an around 617 acres of woodland, the corporation has for the past four years deployed four ‘domestic breeding checkers’ particularly for the institute to remove breeding sites of the Aedes mosquitoes, the vector that transmits the dengue virus. He added “It is challenging because of the thick vegetation,”

Dr.Mahalakshmi and the team at the Institute Hospital reported that they had seen a sharp increase in the number of students reporting with fever on the campus. She also added that “The test results that, there are some students were affected with dengue, and they required hospitalisation”. Bhaskar Ramamurthi, The IIT Madras institute’s director, said at least 100 students are affected by dengue fever from the campus this time of the year. While “Last year around 120 residents tested positive for dengue,”.

National Vector-Borne Disease Control Programme reported that dengue cases have more than doubled this year when compared to last year, with seven out of ten cases being reported from Tamil Nadu and Kerala. Radhakrishnan, a Principal Secretary of the state’s Health Department reported that, in TamilNadu, more than 15 people have died due to dengue up this year alone.

There is an upsurge of dengue cases around the storms, and people are advised to take preventive steps like wearing fully covered clothing and using mosquito repellents, which can be protective, not allowing clean water to stagnate in living areas, avoiding unhygienic food, etc.

The common symptoms of dengue fever are sudden and continuous high fever, pain behind the eyes, severe headache, severe joint and muscle aches, nausea, vomiting, fatigue, tiredness, skin rash, and easy bruising and bleeding from the nose and gums.