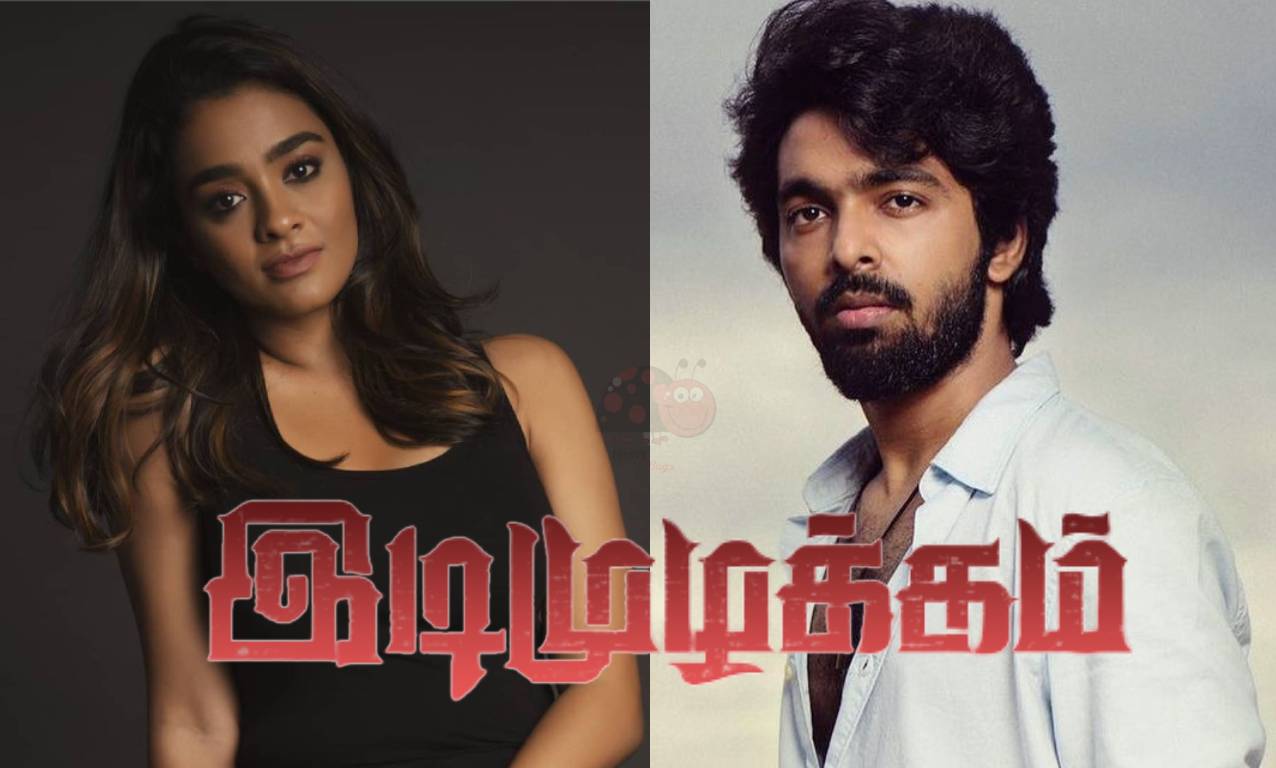 Idimuzhakkam is an upcoming Tamil drama written and directed by Thenmerku Paruvakaatru fame Seenu Ramasamy. It is bankrolled by Kalaimagan under Skyman Film International production house. The movie stars GV Prakash in the main role, while Gayathrie takes the female lead. N.R. Raghunanthan composes the music and background scores for the film and eminent lyricist Vairamuthu does the lyrical work for the song. A.R. Ashok Kumar cranks the camera. The film will be released on big screens in 2022. The audio streaming rights for the film are acquired by Sony Music South.

An announcement on Idimuzhakkam movie ott release date will be made soon. According to sources, the film was bagged by ZEE5 (Not Yet Confirmed). The movie streams online only after 15 days of its theatrical release. Stay tuned with NEWSBUGZ.COM to know where to watch G.V. Prakash’s Idimuzhakkam movie online.

Vairamuthu lyrical songs from the Idimuzhakkam movie will be released soon.