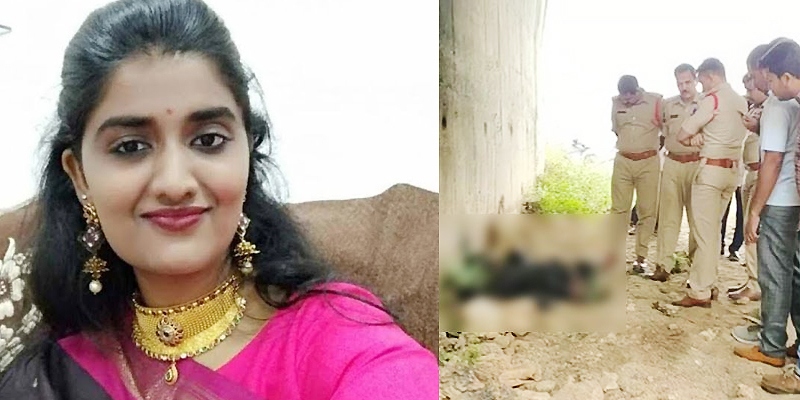 The body of a 26-year-old veterinarian was found burnt near Shadnagar today in the morning. The young woman has been identified as Priyanka Reddy who went missing on Wednesday night near Hyderabad. According to the reports, the doctor was on her way to a veterinary hospital from her house in Telangana’s Shadnagar. Her body was found in a third-degree burnt condition at the outskirts.

The complete detail was Dr Priyanka came to Madhapur hospital on 27 November in the evening for treatment. Later, Priyanka was stranded in Shamshabad after her two-wheeler gets punctured. She informed the same to her sister at around 9:15 pm and also said that someone had offered to get the flat tyre repaired. On the next call, she said that a few lorry drivers are around the place and she feels scared of them.

As per NDTV, “I even asked her to come away leaving the vehicle. When I called after some time, her phone was switched off,” the sister said.

A day after, the veterinarian body was found badly burnt and was confirmed by her family members with her locket that she was wearing. The police reported that they have formed 10 teams to track down those who have killed the doctor.

The latest is that the Cyberabad police have arrested four people in connection with the murder of Priyanka Reddy.

The police arrested them based on the CCTV footage. The main accused are Mohammed Pashadi and Mohammed Pasha who were working as a lorry driver and cleaner respectively. The suspected people are said to be the natives of Narayanapeta, Mahabubnagar.

Here what Celebrities and Twitteratis said about the incident,