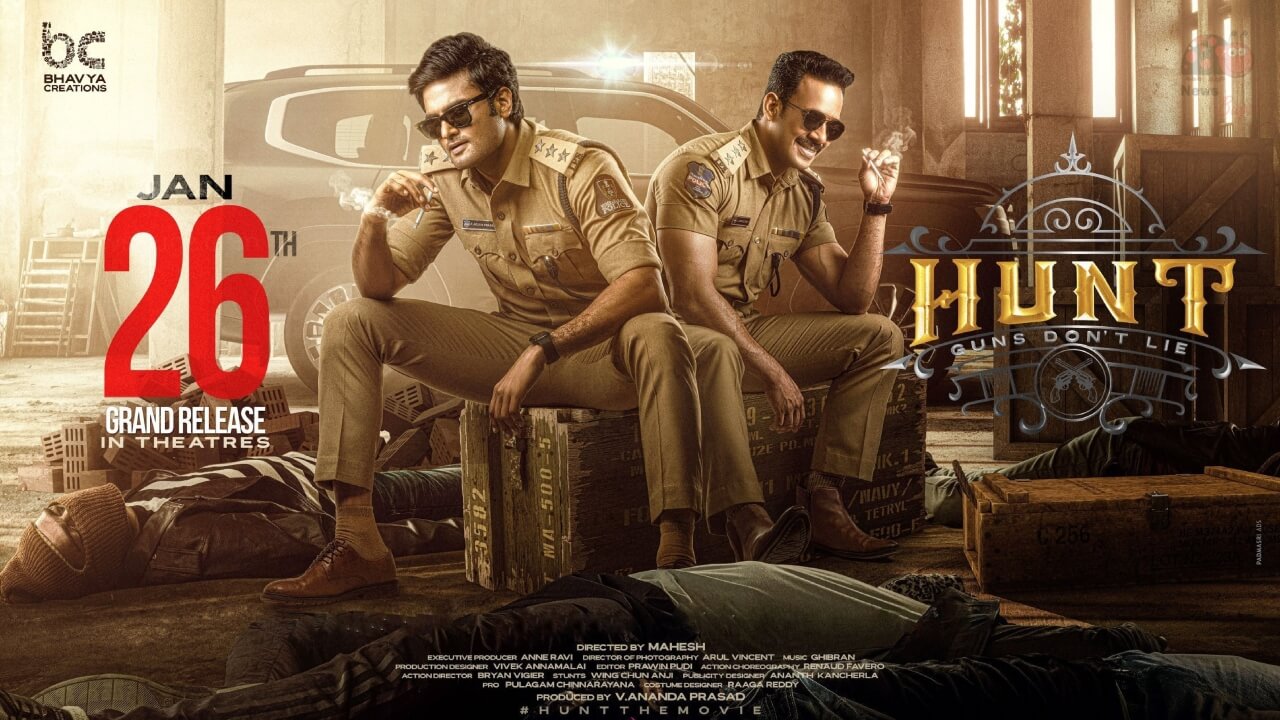 Hunt is a Telugu action drama starring Sudheer Babu in the lead role. It is directed by Mahesh Surapaneni. The film also stars Bharath Niwas and Srikanth Meka in prominent roles. Hunt movie is produced by V Ananda Prasad under the production house of Bhavya Creations. Music composer Ghibran has scored the soundtracks and background music. Arul Vincent and Prawin Pudi have worked together on cinematography and editing works. The Rebel Star Prabhas unveiled the engaging trailer for this movie. The film will be reaching the cinema halls on January 26, 2023.

An announcement of the Hunt Telugu movie ott release date and streaming platform will be finalized soon. It’ll take 3 to 4 weeks for a film to be released on OTT. Stay tuned with Newsbugz to know how to stream and download Hunt movies online.

Watch the latest trailer of the action thriller Hunt movie,