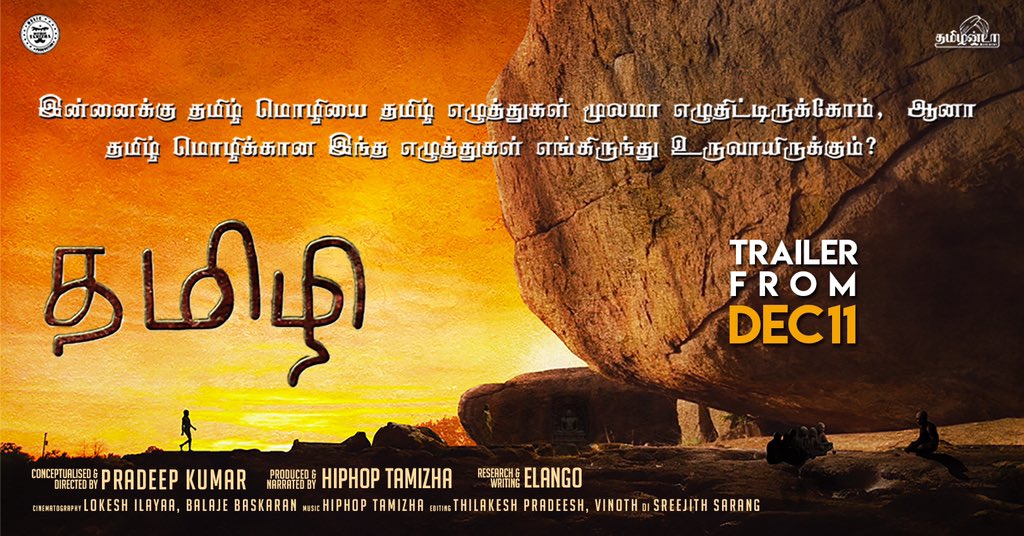 Hip-hop Tamizha after becoming successful as a musician and actor. He is now back with the new web series “Tamizhi”. It features 8 episodes of Historical Evidence. The web series is the research documentary on the evolution of Tamil script which is conceptualized and directed by Pradeep Kumar. Hip-hop Adhi has composed the songs and background music for the series. Lokesh Ilayaa has handled the cinematography work and Thailakesh Pradeesh has handled the editing work. The makers have planned to release the trailer of Tamizhi from December 11, 2018.