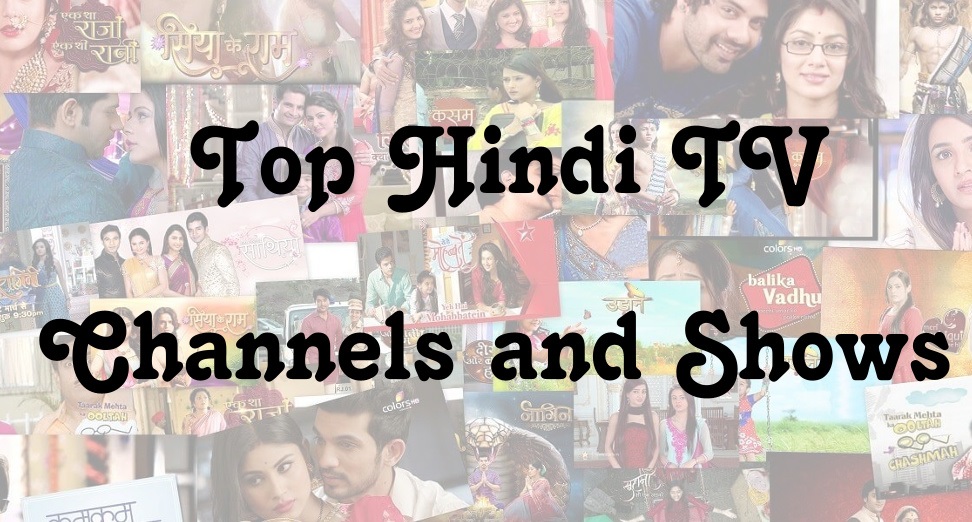 Television plays an incredible role in the life of every human of all age groups because it is an excellent time pass for everyone. India is being an exact beauty of the Asian continent, it has some personal uniqueness like fashion, literature and much which are perfectly shown via television channels. They provide a diversity of programs for its viewers every day.

Star Plus is one of the Indian pay television owned by Star India group. Launched in the year 1992, the channel still remains in No 1 position because of its amazing entertainment contents, family shows, motivational dramas and much more. The latest shows and series of Star Plus will keep the spectators ideal.

Zee TV is a renowned cable and satellite TV channel which is owned by Zee Entertainment Enterprises. It was launched in the year 1992. For the last 20 years, the channel keeps engaging the viewers by providing a variety of shows and dramas according to their viewer’s wish.

The Sony Entertainment Television channel was launched in October 1996 by Sony Pictures Networks India. The channel has produced some iconic shows like CID, Aahat, Indian Idol, Boogie Woogie, Crime Patrol and Beyhadh. It is also an International TV channel which gets telecasted on most of the Asian and European countries.

SET Max is one of the most-watched television channels of India. It is the fork of Sony Pictures Network India Pvt Ltd which was launched on 20 July 1999. You can also watch this channel in countries like South Africa, the United Kingdom, Ireland, Nepal, Singapore, Macau, Hong Kong, Canada, Malaysia & United States.

Zee Cinema is also a part of Zee Entertainment Enterprises Limited which was launched in April 1995 and owned by Essel Group. All over the world, the channel gets broadcasted in various countries. The channel is a 24/7 movie channel which telecast 6 movies a day. Every Saturday, the channel offers a film that stars Amitabh Bachchan. Moreover, it broadcasts both old and new movies on their cable.

Sab TV is owned by Sony Pictures Networks and it is well-known for producing various comedy shows and soap operas. For nearly 20 years, the channel is being a wonderful entertainer for the spectators.

NDTV India is one of the top Hindi news channels that started in 2003 and it was owned by New Delhi Television Limited. The channel telecasts news and current affairs in regular updates. The channel has become familiar among the audience after producing The World This Week for Doordarshan show. Now NDTV India is India’s first 24-hour news channel.

Colors TV is a Mumbai based television company, which is handled by two networks ViacomCBS and TV18. The channel was launched in November 2007 and it has gained wide viewers among India. Colors TV is famous for broadcasting TV serials, reality and comedy shows.

India TV is a Hindi news channel which was launched on 20 May 2004. The owner of the channel is Rajat Sharma and wife Ritu Dhawa. It is one of the subsidiaries Independent News Service. The channel is known for covering news included business, world, and cricket as well as it also covers the news of all districts and states. Unlike other news channels, it has very little advertisements.