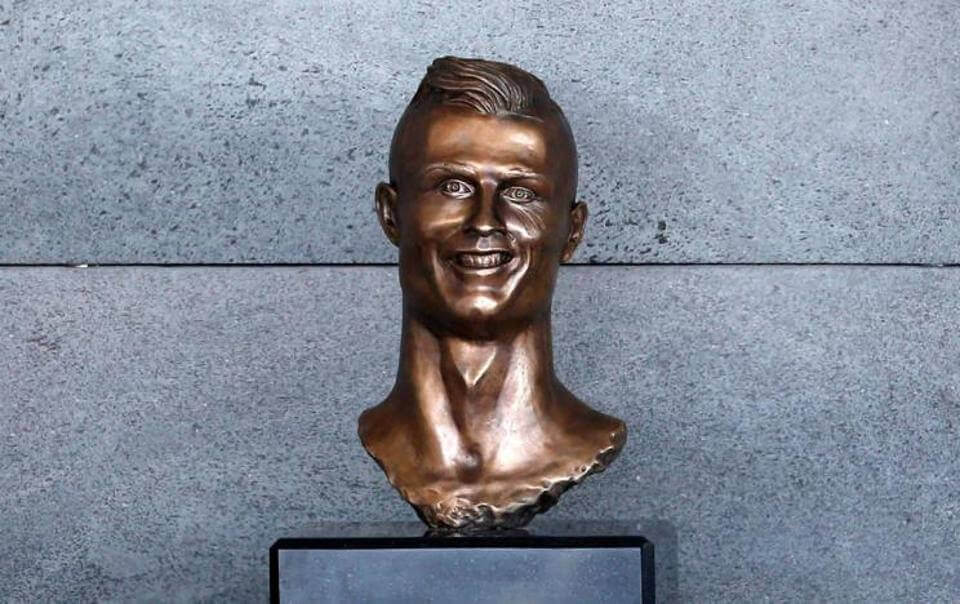 When the island of Madeira on Wednesday had renamed its airport in honor of its hometown hero Cristiano Ronaldo, all eyes were expected to be on the four-time world player of the year who is adored not only for his soccer skills but also for his model looks. But on grabbing attention instead was a bronze bust of the world player with a toothy grin and bulging eyes that has instantly created a laugh on the social media because of its debatable likeness.

Real Madrid player’s girlfriend, Georgina Rodriguez, and his mother, Maria, both has attended the renaming ceremony of Portugal’s Aeroporto da Madeira, now known as Cristiano Ronaldo Airport. Football fans have been questioning the resemblance of a statue of Cristiano Ronaldo unveiled on the Portuguese island of Madeira. Many on the social media say the work looks more like the former Republic of Ireland captain Niall Quinn than Ronaldo.

The statue was revealed at a ceremony to name the island’s airport after him. Portugal’s President and the Prime Minister flew to the island to unveil the tribute to the player outside the terminal entrance. President Rebelo de Sousa said that Ronaldo “projects Madeira and Portugal across the world far more than anybody could else.”

The 32-year-old is a local hero in Madeira, where he is seen as a rags-to-riches success. He previously has a museum about him in his hometown of the Funchal. The player later said on the Twitter as quoted “Happy and honored to have my name given to the Madeira airport!.”

Twitter was very quick to point out that the statue looked nothing like the player and quickly became a source of memes online. The newly revealed statue holds the distinction of being the second bust of the soccer star and occasional model that has been the subject of online ridicule. More recently, world social media like Twitter users shows their support and opposals more genuinely as like Amitabh Bachchan’s witty reply to the Australian media on comparing Kohli with Donald Trump.

Another statue in Cristiano Ronaldo’s hometown was picked apart for what some saw it as glaring obscurities and differences in likeness between the player and his bronzed counter-part. Ronaldo is not the first footballer to have an airport named after him. Belfast airport was named after former Manchester United player George Best in 2006, a year after he died. 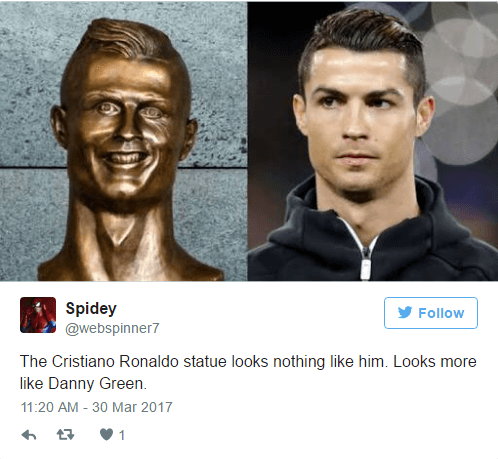 But Cristiano Ronaldo has thus far been silent on the online reaction to the bust in his sort of if you turn your head and squint a bit likeness unveiled at the terminal’s entrance. Many social media users have suggested it does not bear much resemblance to the Real Madrid striker, sharing their observations in their masses to the hashtag #RonaldoBust. 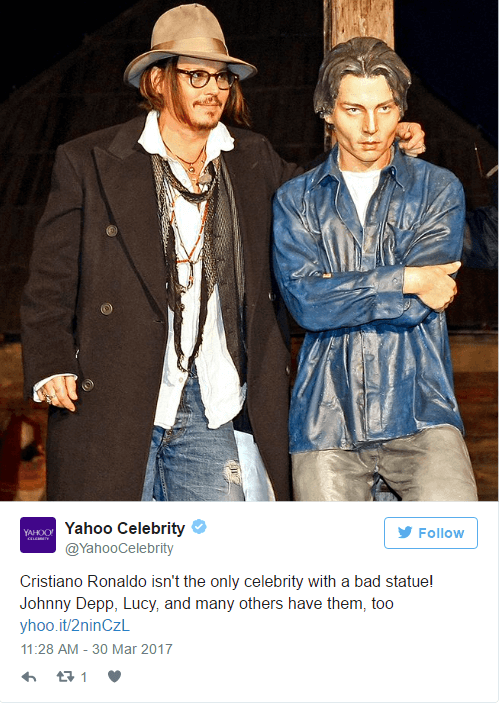 Twitter user Tom Williams(@tomwfootball) quipped, as quoted “For a very handsome man, Ronaldo has had some appalling luck with statue-makers,” and posted images of the two statues side by side. On Tuesday, Portugal played their first match on the island in 16 years, the hosts losing 3-2 to Sweden despite an early Ronaldo goal. 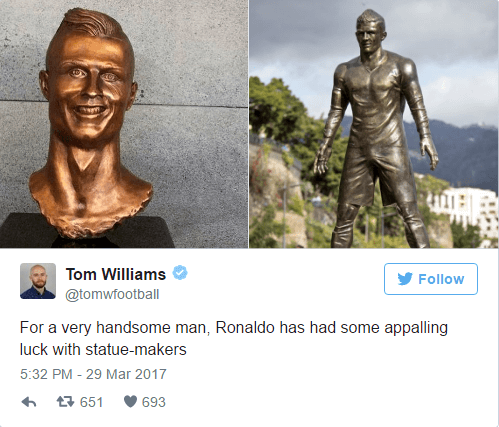