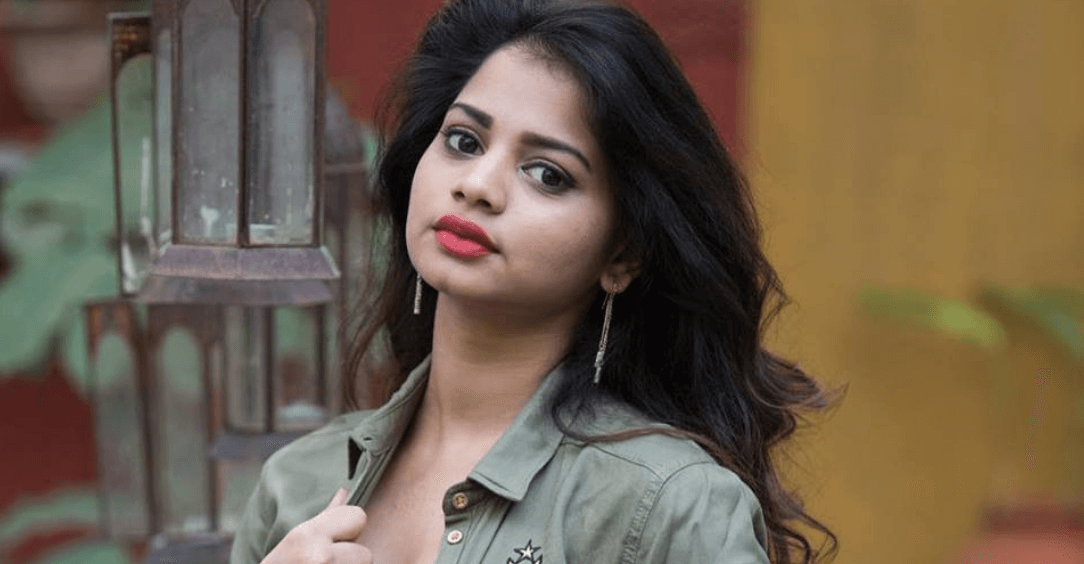 Heroshini Komali is an Indian film actress native to Khammam. As a multi talented entertainer, she performs dance, mimicry, anchoring along with her younger sister Devashini Komali. Together Heroshini and Devashini are called as Komali Sisters. They perform comedy shows like Naa Show Naa Ishtam, Navvulata etc.,

Heroshini debuted in the 35 crore budget Telugu movie A Aa (2016) directed by Trivikram. Later in 2019, Heroshini made her Kollywood debutant in the role of a police officer’s daughter role in the movie Utraan. She is also known as Hiroshini Komali.