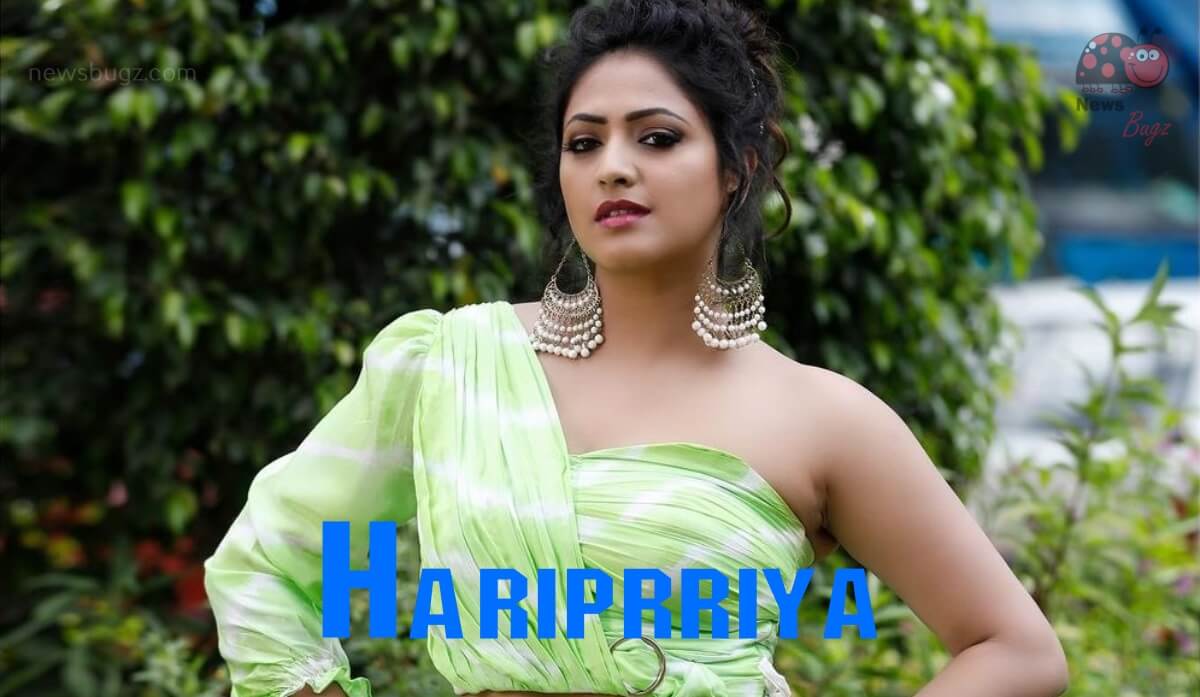 Hariprriya is an Indian actress and model, who predominantly appears in the Kannada Film industry. She made her debut in the Kannada movie Badi and played the role of Priya. She not only appeared in Kannada movies she also appeared in Tamil and Telugu films as well. Hariprriya worked in movies like Ranna, Bullet Basya, Ricky, Kanaka, Jai Simha, Bell Bottom, and more. Her role in the Naan Mirugamaai Maara received critical acclaim.

Based on reliable sources, Hariprriya and actor Vasishta Simha engaged in a private ceremony in the presence of close friends and family.

Director Richard Castelino watched her performance in the Annual Day program and offered her a female lead role in the Tulu film titled Badi. She made her debut Kannada movie Manasugula Mathu Madhura. Moreover, she also appeared in the Tamil movies like Kanagavel Kaaka, Vallakottai, and Muran.

Take a look at the recent photos of actress Hariprriya,