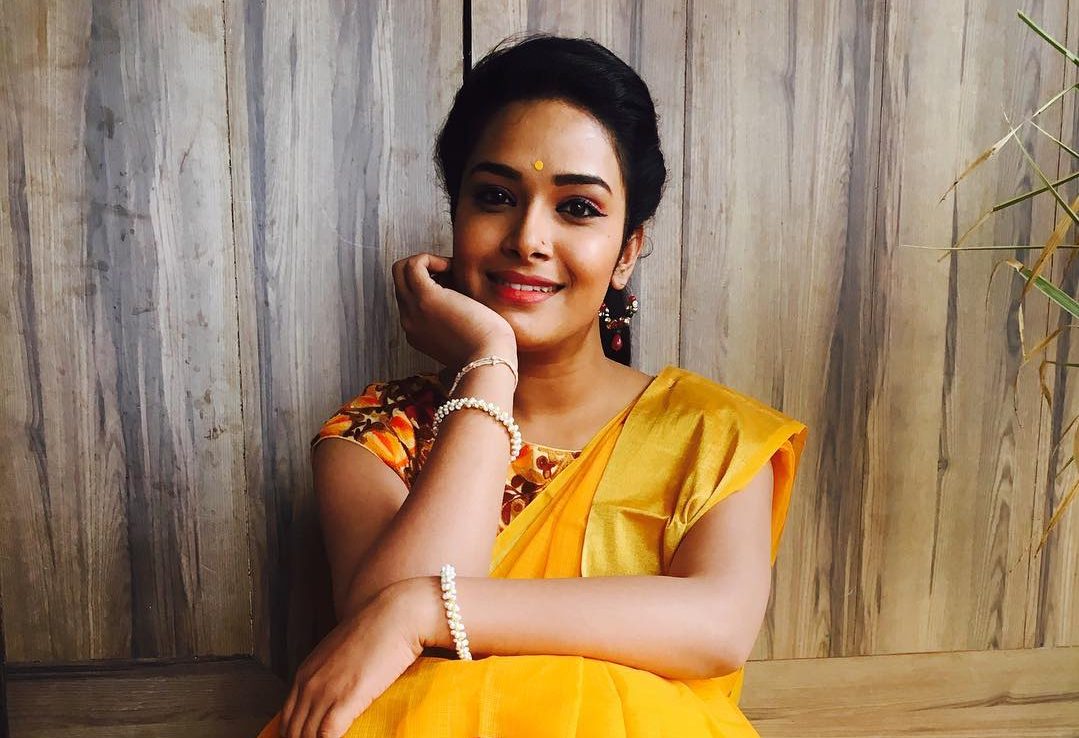 Hari Teja is an Indian actress, singer, anchor, dancer and character artist, who works in Telugu film and television industry. She made her acting debut with the movie “Aaada Vari Matalaku Arthale,” directed by Sri Raghava in the year 2010. She made her television debut with the serial titled “Manasu Mamatha,” which was telecasted on ETV Telugu. Check out below for Hari Teja Wiki, Biography, Age, Movies, Family, Images and more.

Hari Teja was born on 26 February 1989 in Indian. Hari Teja family is now residing in Hyderabad, Telangana, India. Her father name is Suresh, a BSNL employee and her mother name is Kavita. She has a sister named Nithya. Her schooling and graduation details will be updated soon. From her childhood, she got trained in dance and singing and after her graduation, she entered into Media. Hari Teja husband name is Deepak. She started her acting career with the Telugu TV serials and by anchoring TV shows. She made her television debut with the Telugu serial “Manasu Mamatha,” from the year 2010 to 2017. Then in the year 2010, she acted in her first Telugu movie “Aaada Vari Matalaku Arthale Verule” along with Venkatesh and Trisha. Hari Teja is a professional Kuchipudi dancer and performed many Telugu TV shows, including Telugu reality shows like Ragada The Ultimate Dance Show. Moreover, she is the participant of India’s famous television reality show Bigg Boss Telugu Season 1, which was telecasted on Star Maa and she won the 3rd place.