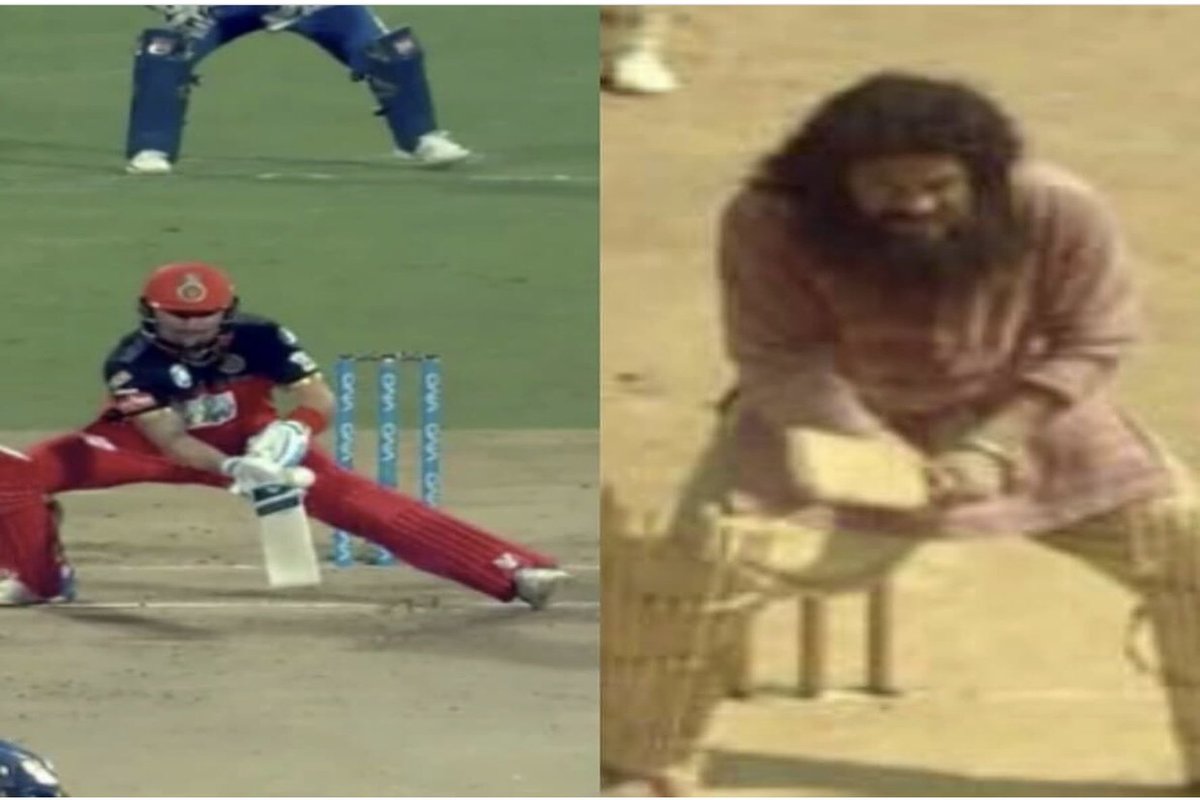 Harbhajan’s Sarcastic tweet about Brendon: Harbhajan Singh after joining the Chennai Super Kings is entertaining people with his tweets. After many tweets in Tamil, Bhajji is continuing to tweet and comment on other cricketers. In the RCB VS Mumbai match, Hardik Pandya bowled a no ball and Brendon McCullum was facing the next ball which is a free hit. Every one expected Brendon McCullum to go for the maximum and he indeed goes for a maximum but in a different way.

Brendon just scooped the ball over his head which went passed the Wicket Keeper (Ishan Kishan) and crossed the boundary line as well. Everyone in the crowd enjoyed the shot and many tweets about the shot were tweeted. Harbhajan gave a naughty comment on the shot with an image taken from the movie “Lagaan”. As we all know, Lagaan is a movie which is based on Cricket. In the movie, one character will pay a scoop shot which will go past the boundary line for six.

Harbhajan compared Brendon McCullum with the Lagaan Character and mentioned “Who did better ?? Lagaan is back now in colourful kit …it’s on TV everyday 8 to 11.30 on @StarSportsIndia 👌😜”

***Tweets are not spell checked

Who did better ?? Lagaan is back now in colourful kit …it’s on TV everyday 8 to 11.30 on @StarSportsIndia 👌😜 pic.twitter.com/FfYxCK8LVi