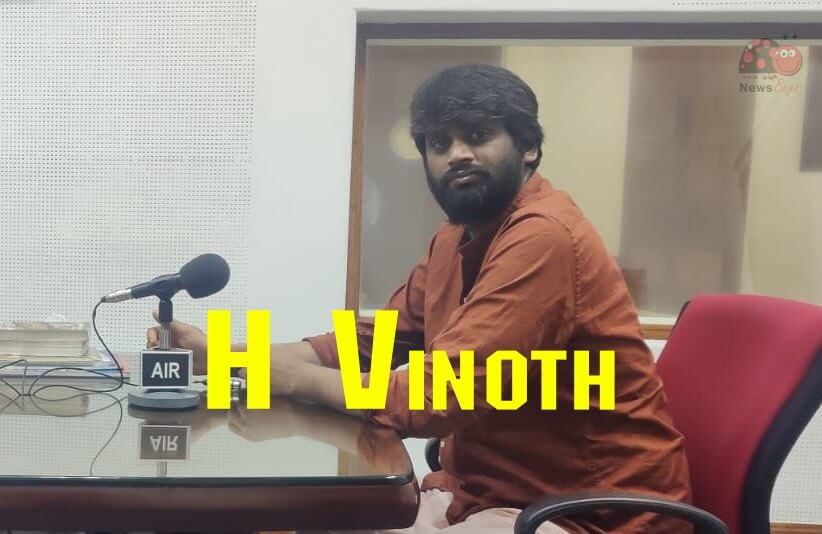 H Vinoth is an Indian Director and a Story Writer who made his debut through the movie “Sathuranga Vettai“. His debut movie was produced by Mano Bala and it was distributed by Tirupathi Brothers Film Media. His debut movie was appreciated by both critics and the public. His movie “Sathuranga Vettai” was nominated for Best film Category at Vikatan Awards and won the award as well. He is now currently working in AK 61 and 60 percent of the film was completed, the filmmakers decided to release the film on Diwali 2022. After AK 61 director Vinoth’s next movie will be with Vijay Sethupathi as a lead.

After waiting for opportunities, he made his debut as a director in the movie “Sathuranga Vettai” in the year 2014. The movie was well-received by the public and the critics. The movie was based on an Angry Common Man who thinks that money is the solution to all the problems in his life. Vinoth narrated the story to Manobala who is the producer and he readily accepted.

After a successful debut, Vinoth then narrated another story to Actor Karthi. The movie is based on a true event. Karthi readily accepted the movie and it was produced by S.R. Prabhu and S.R. Prakashbabu under Dream Warrior Pictures. It was named “Dheeran Adhigaram Onru“. The movie got released in the year 2017 and it was one of the best movies of the year. In the year 2016, Manobala planned to make a sequel to Sathuranga Vettai along with Aravind Samy and Trisha in the lead roles. Vinoth is a part of the story as he helps the director with story discussion.

Take a look at the cool new photos of H Vinoth.