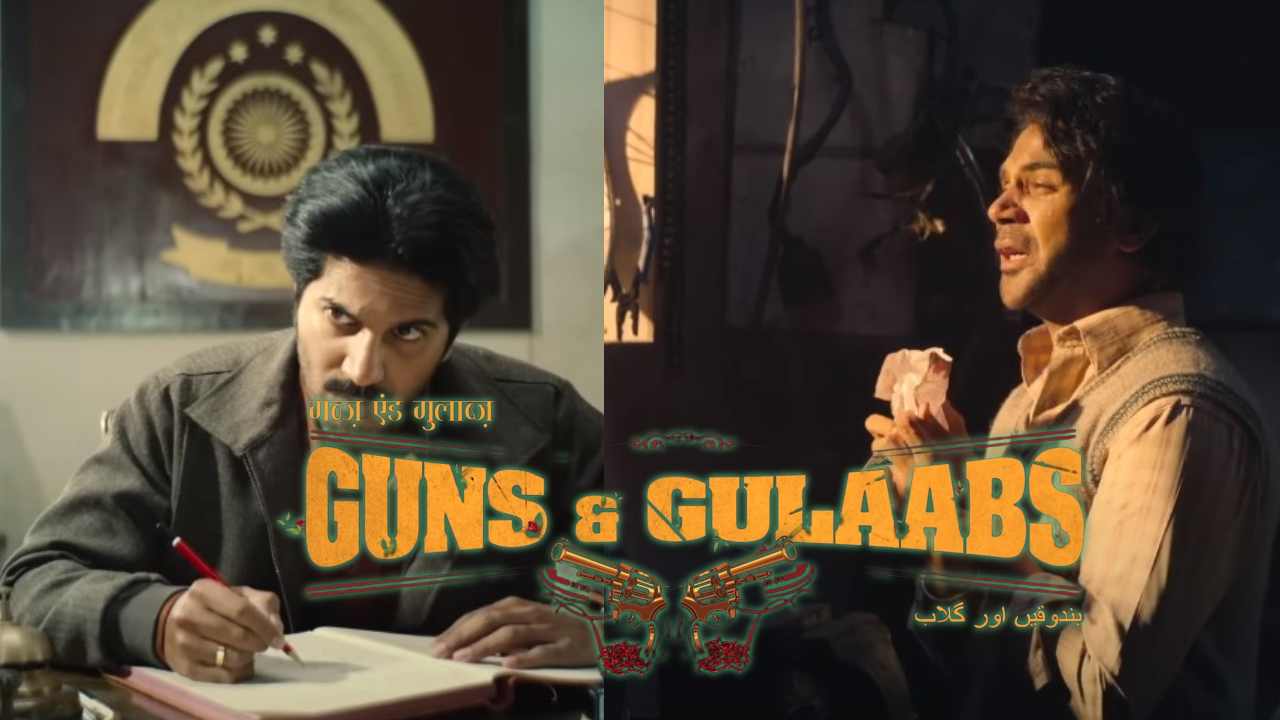 Guns and Gulaabs Online (2022): Streaming giant Netflix unveils the latest crime thriller drama Guns and Gulaabs which sets in the backdrop of 90’s. It is created, produced, and directed by Raj Nidimoru and Krishna D.K under the D2R Films productions. Talented actors like Rajkummar Rao and Dulquer Salmaan play a major lead in the plot and share screen space with TJ Bhanu of Vaazhl fame, Adarsh Gourav in prominent roles. Netflix has backed up the project and it acquires digital streaming rights. It is touted that the series will premiere in multilingual formats. Watch all the new episodes of the Guns and Gulaabs web series only on Netflix.

The story portrays the “misfits of the world”. Dulquer Salmaan makes the debut for the web series. He is excited to share his first look poster for the series. Rajkummar Rao who has given a splendid performance in Badhai Do joins the crew. This duo brings the adventure thriller crimes to the audience. Viewers can stream and download the latest episodes of the Guns and Gulaabs web series exclusively on Netflix.