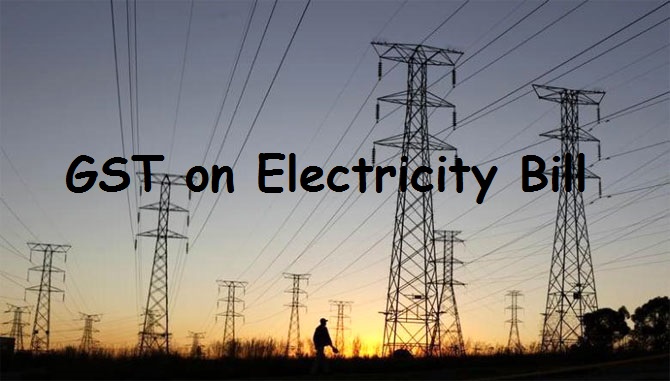 GST on Electricity Bill in India: The indirect tax department has clarified that rent on electricity meter draws goods and service tax (GST), a development which is likely to draw criticism from the industry.

The Central Board of Excise and Customs (CBEC) said even though electricity is exempted from GST, rent on electricity meter is not.

Pratik Jain, partner PwC, said there was a contrary circular under the service tax laws. He said the Industry is likely to pitch in for an exemption on these ancillary charges else consumers will have to bear the additional burden.

GST on Electricity Bill in India

He told that the electricity bill should not be taxable and should be treated as an incidental to transmission and distribution.

Besides, GST will also be required on application fee for releasing the connection of electricity. Also, there will be a testing fee for meters, transformers, capacitors and even labor charges from customers for shifting meters or shifting service lines.

The department also clarified that retreading of tyres is a service, against the popular idea that it is both goods and services. This service would be taxed at 28 percent under the GST.

CBEC said the pre-dominant element here is the process of retreading, which is a supply of service. The rubber used for retreading is an ancillary supply, and hence this activity is a service.

GST on Electricity Bill in India

For example, the bus body building will cover both supplies of goods and services.

Thus, CBEC declared that the classification of this as goods or services would depend on which is the principal supply. Pratik Jain told that facts and circumstances of each case might determine it.

“The circular clarifies certain important aspects. It was mentioned that value is not the only determinant to arrive at the dominant nature of supply (goods or service),”