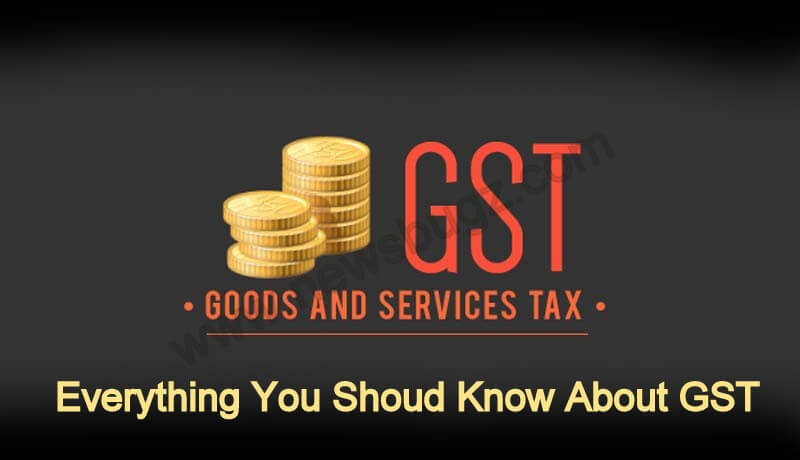 The Goods and Services Tax is scheduled to be launched on the 1st of July, and it is set to transform the way of taxes which we do. So we are all should be aware of it by knowing what is GST and about the reformation of the current tax structure, And most importantly, why does the country need such a huge repair in its taxation policies? Newsbugz answers you for all these pressing questions in this in-depth article.

Read also: GST Invoice Format and Rules | All About Invoicing Under GST

Goods & Services Tax is defined as multi-stage, comprehensive, destination-based tax that will be taxed on every value addition. To understand this definition, we all need to know the concept of this easily,

Let us start with the term ‘Multi-stage’. An item starts from manufacturing and sends it to the final sale, the first stage is Buying of raw materials. The second stage is its production. Then the warehousing of materials in an item. Then, it reaches the sale of the product to the retailer. And in the final stage that is completing its life cycle as the retailer sells you the product that is the end consumer. 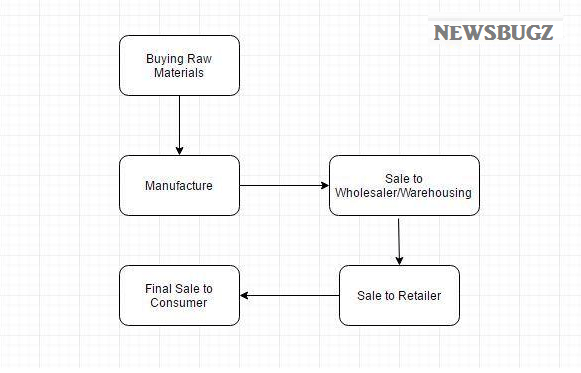 Goods and Services Tax will be taxed on all the stages, which makes it a multi-stage tax. This is because of Valve Addition, let us see about it

Assume that the shirt should be manufactured, For this, the manufacturer must buy yarn initially. This gets transformed into a shirt after manufacture. When the value of the yarn is increased, it automatically gets formed into a shirt. After that, the manufacturer sells it to the warehousing agent who fixes the labels and tags to each shirt, and that will be the another addition of value after which the warehouse sells it to the retailer who packages each shirt individually and even though valve will be increased in the marketing section of the shirt.

Read also: Gst Rate Cut On Merchant Services To 5% From 18% | Relief For Workers

Valve addition in GST will be levied like this, and mainly the financial worth will be included at each stage to complete the final sale to the end customer.

The last term which we should be discussed is Destination-Based. Goods and Services Tax will be tolled on all transactions that happen during the entire manufacturing chain. Tax on Excise duty, when a product was manufactured, and then the state will add a VAT tax when the item is traded or marketed to the next stage in the cycle. After that, there would be a VAT at the next point of sale.

Why is Goods and Services Tax so Important?

We all must know why GST plays such an important role in transforming the current tax structure and the economy.

The shopkeeper had also paid tax when he bought the item from the wholesaler. To recover that amount, as well as he must pay to the government to make up for the VAT, he passes the liability to the customer who has to pay the additional amount. There is no other way for the shopkeeper to overcome whatever he pays from his own during transactions and there is no choice for shopkeeper but to pass on the liability to the customer.

Goods and Services Tax will address this issue after it is implemented. It has a system of Input Tax Credit which will allow sellers to claim the tax already paid so that the final liability on the end consumer is decreased.

How does GST work?

A nationwide tax reformation is working under strict guidelines and provisions. The GST Council has divided into three categories that devised a reliable method of implementing this new tax regime.

SGST: The state governments will collect revenue for intra-state sales

IGST: The central government will collect revenue for inter-state sales

To Whom does GST help: India or Common man?

When there is a 10% tax that the individual should submit to the government and he can subtract the amount which he has paid in taxes at the time of purchase and pay the balance amount to the government. This defines as an individual receives for the tax paid on the inputs used in manufacturing the product.

So, GST is going to have a two-pronged benefit. The main thing that it will Reduce the cascading effect of taxes, and by providing input tax credit, it will reduce the burden of taxes.

Who is liable to pay GST?

After the GST implementation, only Annual Sales for Businesses and traders are above Rs20 lakh are only liable to pay GST. The threshold for paying GST is Rs10 lakh in the case of northeastern and special category states. GST is applicable on interstate trade irrespective of this threshold.

What are the products not part of GST?

Temporary Products that are kept out in GST are Crude oil, diesel, petrol, jet fuel and natural gas. As a constitutional provision, Liquor is kept out of GST and if it is to be brought into GST net, it would require an addendum to Constitution. These items will be brought under GST, only after the decision by the GST Council, the federal indirect tax body of state finance ministers chaired by the Union finance minister.

How will GST benefit us as consumers?

A Detailed History of GST Law in India

Goods and Service Tax is not a new phenomenon. It was initially implemented in France in 1954, and by following several countries have implemented this unified taxation system to become part of a global whole. Now in India this new tax regime is adopted.

After that, 159 other countries have adopted the GST Law in their convenient form. In several countries, VAT is the substitute for GST, but separate the Indian VAT system, these countries have a single VAT tax which fulfils the same purpose as GST.

In India, Prime Minister Atal Bihari Vajpayee brought the issue to the table and the discussion on GST Law was signalled off in the year 2000. And Implementation in some form had been adopted. Now the new regime is designed and implementation arrangements are ready to launch.

GST Invoice Format and Rules | All About Invoicing Under GST