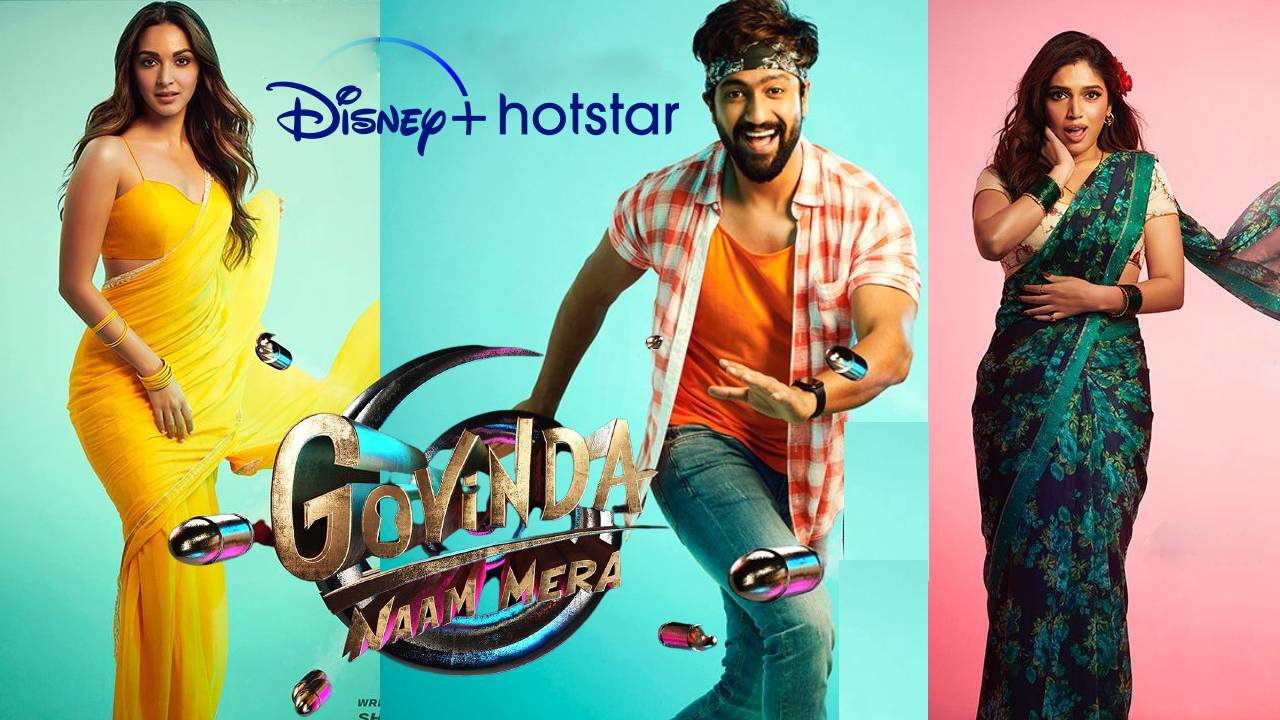 Vicky Kaushal, Kiara Advani, and Bhumi Pednekar starring Govinda Naam Mera skip the theatrical release and streams directly on the OTT platform. Disney Plus Hotstar acquired the digital license for the film. It is directed by Shashank Khaitan. This comedy thriller venture is funded by Karan Johar under Dharma Productions in association with Viacom studios. The makers have announced that Govinda Naam Mera movie releasing online on December 16.

The film also has Veenah Naair and Amy Aela in supporting roles. The makers have dropped the quirky video, which shows how Karan Johar convinced Vicky Kaushal for the plot and ropped into the film. On seeing the lead actress Kiara Advani shared her funny thought on Instagram.

Step 1: Download Disney Plus Hotstar app on your phone (Available For Android & iOS)

Step 2: Login using your Disney Plus Hotstar account, if not signup with your phone number

Note: Disney+ Hotstar is a paid streaming service, price starts from Rs. 499 for mobile and Rs. 899 for all devices