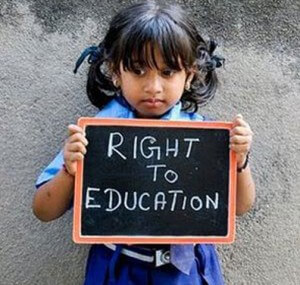 Government School in Madhya Pradesh is running without students

In Agar Malwa district there are about 999 government-run schools, in which for at least 42 schools do not have a single teacher and 68 schools which have only one teacher. Whereas in the Dharukheri village government school there are three working teachers but do not have any students in the school.

The government school in Dharukheri village in Madhya Pradesh is running without any students for the past three years.

Agar Malwa district has a 4.80 lakh population and has 999 government-run schools which include 651 primary, 296 middle, and 31 high schools. Also in the district, there is 19 higher secondary and two model higher secondary schools.

The district has been mostly headed up in news headlines because of its poor education quality provided by the government. According to the officials of the district educational department, out of the 999 government running schools, there are more than 42 schools that do not have a single teacher and 68 schools have only one teacher.

In the Board development block of the district mentions that about 15 government schools are running without any teacher. The state government is blamed by the local authorities of Agar Malwa for the poor condition of education given to the students in the district.

Local authorities said that not even a single teacher had been appointed since 2013 and the teachers transferred from urban areas are not ready to take classes in rural schools.

Agar Malwa district became the 51st district of Madhya Pradesh on 16th August 2013 after it is being separated out of Shajapur district. The Right to Education Act refers that all schools are expected to maintain a healthy student -teacher ratio in schools, and there should be at least one teacher for every 30 students.