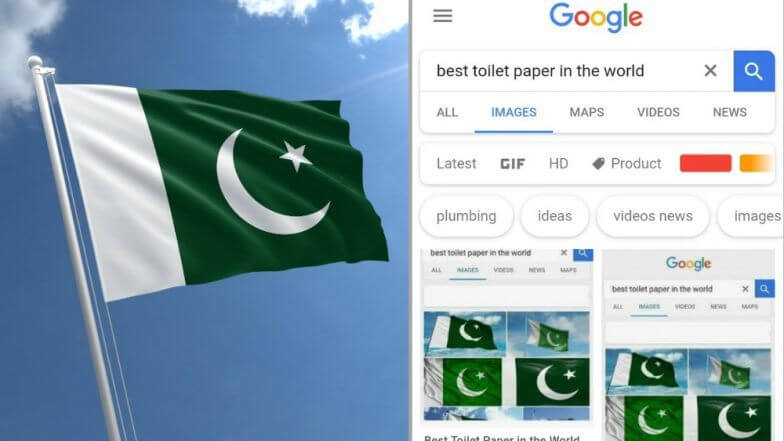 According to a Google search, the top result for the BEST TOILET PAPER IN THE WORLD is the ‘Pakistani National flag’. However, Google has issued a statement saying the screenshots of search results was taken from an old 2017 meme, and also said that the company has taken various steps in fighting the problem.

The glitch on Google Search results was shown a couple of days after the Pulwama attack on February 14 that killed 40 CRPF men. Pakistan-based terror group, Jaish-e-Mohammad claims the responsibility that they was behind the suicide explosion that targeted the CRPF convoy.

After the attack, Tweeples in India were sharing tweets with photos, which showed that Google Search was ranking Pakistan’s flag when we search ‘best toiler paper in the world.’ Later, Google stated that the company is investigating the matter. The statement by Google’s spokesperson also reported, “While we continue to investigate the matter, we have not found any evidence that Google Images was ranking the Pakistani flag in response to this particular search.”