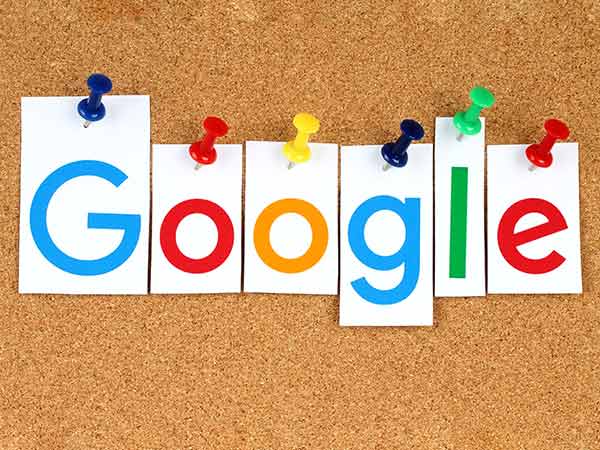 The internet giant, Google has said on Thursday that it had taken down of about 1.7 billion ads in 2016 which violated its advertising policies, which was more than double the number of ‘bad ads’ Google banned in 2015.

According to Google’s annual ‘Better Ads Report‘ for 2016, these ads were found misleading and also promoted illegal products with an unrealistic offer and were found to be inappropriate. 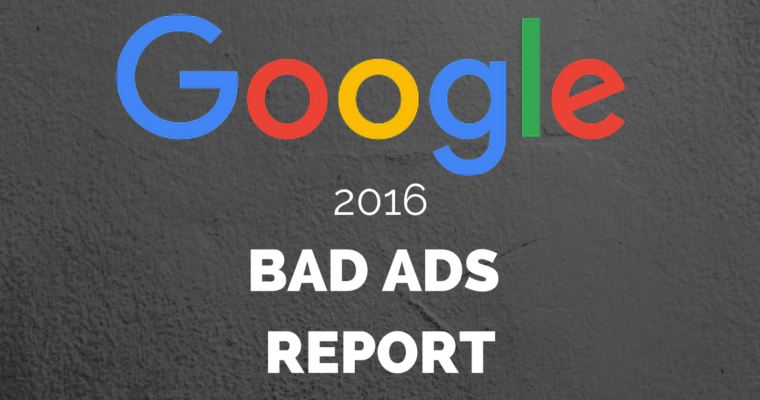 Scott Spencer, Google’s Director of Product Management Sustainable Ads, said that “a free and an open web waa vital resource for the people and businesses around the world. And ads play an active role in ensuring the user have access to the accurate, quality information online. But bad ads could ruin the online experience for everyone.”

He also added that the “bad ads” could trick the people into sharing their personal information and infected devices with the harmful software.

Scott Spencer also said that ultimately, the bad ads pose a threat to the users, and also to the Google’s partners, and the sustainability of the open web itself.

Google has expanded its policies to better protect the users from misleading and predatory offers, last year. In July 2016, it has also introduced a policy to ban ads for payday loans, which often resulted in an unaffordable payment and high default rates for the users.

Google has said that in the six months since its launched this policy, the company has disabled of about more than 5 million payday loan ads. 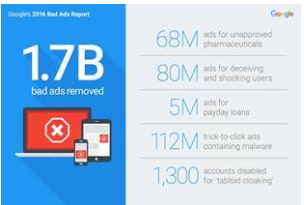 Bad Ads Reports In 201 By Google

The internet giant also beefed up its technology to spot and turn off the bad ads even faster.

For example, ads like ‘trick to click’ often appears as the system warnings to the deceive users into click on them and not realizing that they were often downloading the harmful software or malware.

In 2016, Google has detected and disabled a total number of 112 million ads in ‘trick to click’ category, which was six times more than that found in 2015, the report stated.

For the ads developed exclusively for the mobile web, Google’s systems have detected and disabled over 23,000 ‘self-clicking ads‘ on its platforms in 2017 as compared to last year in disabling only few thousand of the wrong ads.

Similarly, the report also highlighted a dramatic increase in the scamming activity in 2016 and which was close to 7 million bad ads that were disabled for the intentionally attempting to trick the Google detection systems.

The year 2016 has also seen a rise in a new type of scammers called the ‘tabloid cloaks‘ which takes advantage of the current trends and the hot topics. For example, like a trending news story, a government election, or any news about the well-known celebrity. 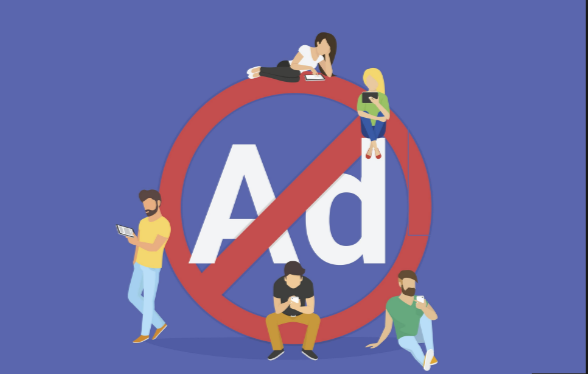 The ads used by these scammers might look like the headlines for any real articles on a news website but when clicked upon the consumers were redirected to a site that sells weight loss products.

In 2016, Google has also suspended over 1,300 accounts for tabloid cloaking. In December alone, Google had taken down 22 cloakers which were responsible for the ads seen over 20 million times by the people online in a single week.

In 2016, Google has taken action on 47,000 sites for promoting the weight-loss content and products related scams. The company has also taken steps to more than 15,000 sites for the unwanted software and also disabled 900,000 ads for containing the malware.

Around 6,000 sites and 6,000 accounts were suspended for attempting to advertise the counterfeit goods, like imitation designer watches.

Related Topics:Google
Up Next