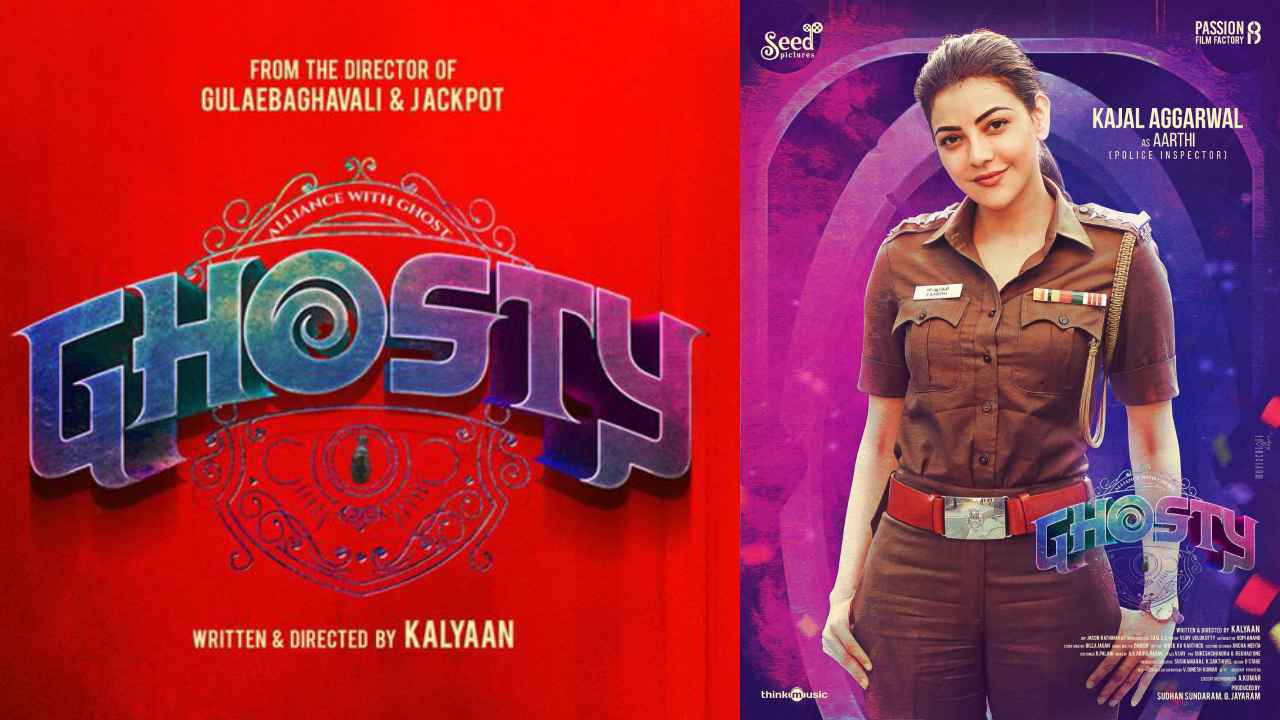 Ghosty is the latest comedy-drama helmed by filmmaker Kalyaan. The movie stars Kajal Aggarwal who essays in the cop role and shares screen space with comedian-actor Yogi Babu, Redin Kingsley, Manobala, K.S.Ravikumar, and others. The youth sensation Sam C S has composed the songs and tracks for the film. Cinematography is done by Jacob Rathinaraj. Think Music has acquired the music label.

It is jointly produced by Sudhan Sundaran and G Jayaram under the banner of Seed Pictures in association with Passion Film Factory. Vijay Velukutty works for the cut and trims part. According to sources, the film revolves around a young woman cop who tries to arrest the accused, who escpaed from custody 20 years back. The film will be hitting big screens soon.

Take a look at the main cast of Ghosty movie,

The film will be released online after its theatrical release. Ghosty Movie OTT release and platform will be announced soon.

Watch the teaser and trailer of Ghosty movie here,

Here is the poster from the Ghosty Tamil movie featuring Kajal Aggarwal,