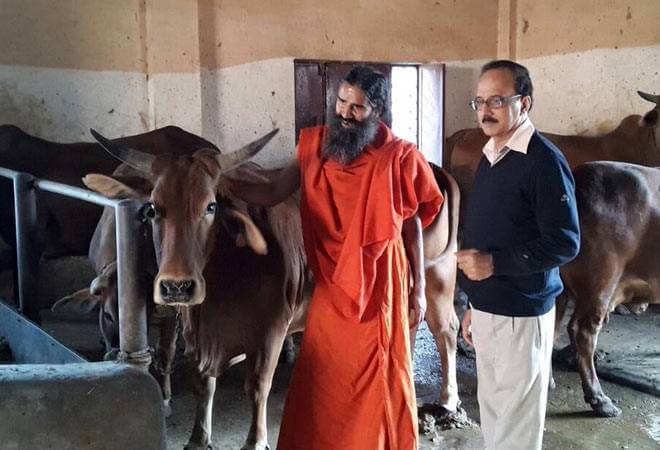 Patanjali Baba Ramdev’s is now planning to generate electricity by using bull power. It is for the homegrown fast-moving consumer goods (FMCG) giant Patanjali has his joined hands with the leading Indian automobile manufacturer and a Turkish partner. They join, and these firms will develop a prototype, and they are working on the study to find ways to generate more electricity. Managing director and primary stakeholder of Patanjali, Acharya Balkrishna explained the move that aimed at helping the poor who cannot afford electricity and to save the male cows.The bull power can be put to excellent use with the developing technology and can benefit the poor farmers by the Electricity generation.

Patanjali’s new risk of producing electricity is by providing the power of Bulls. A detailed research taken over a period of one and half years on this idea of generating electricity by using the Bull’s power has produced initial success, it highlighted in Economic Time report. Balakrishnan also said that the continuing research at Haridwar aimed at finding out how many watts of power can generate to light a household by a farmer.

How Patanjali generate electricity from bulls

Balkrishna, that who is working as a brain behind this project said the decision would help the poor rural household. Patanjali recently started his Ayurveda research institute in Haridwar, Uttarakhand in the presence of Prime Minister Narendra Modi. This move by Patanjali is considered to provide India’s rising needs for electricity.

Beginning of this month, Patanjali Ayurved Ltd registered a turnover of Rs 10,216 crore during 2016-17. Patanjali’s revenue figures reached at Rs 5,000 crore in 2015-16 and in a year’s time its revenue has climbed to more than Rs 10,000 crore. Ramdev said that his firm would cross Rs 20,000-25,000 crore in sales this financial year. With such a huge victory, Ramdev’s Patanjali group has enhanced as the third-largest FMCG player in the country which has conveniently exceeded other major competing firms like Nestlé India (Rs 9,159 crore) and Godrej Consumer (Rs 9,134 crore) and Dabur (Rs 7691 crore).