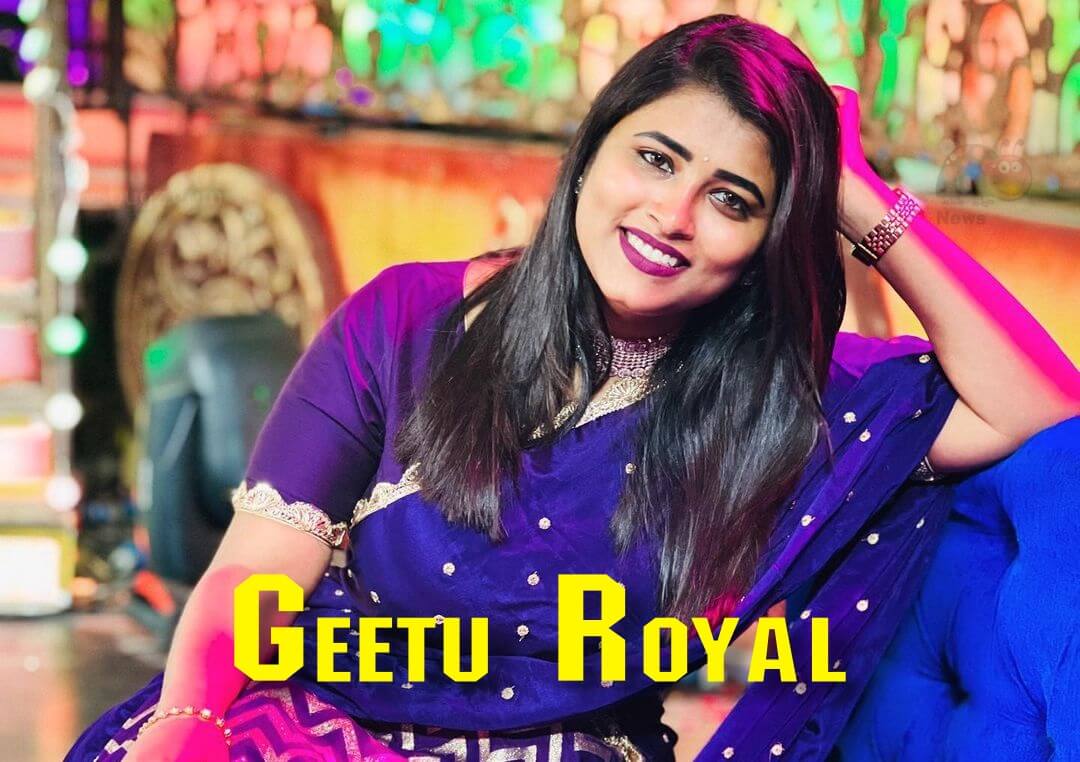 Geetu Royal is well-known for her username Galatta Geetu Royal. Geetu is an actress and social media celebrity. She rose to fame by posting lip-syncing videos on TikTok. Geetu also appeared in several Telugu TV serials. She runs a youtube channel on her nickname Galatta Geetu Royal where she posts the podcast on current events in India and interacts with her admirers in real-time. Geetu is one of the contestants in the Bigg Boss Telugu Season 6 hosted by actor and producer Akkineni Nagarjuna.