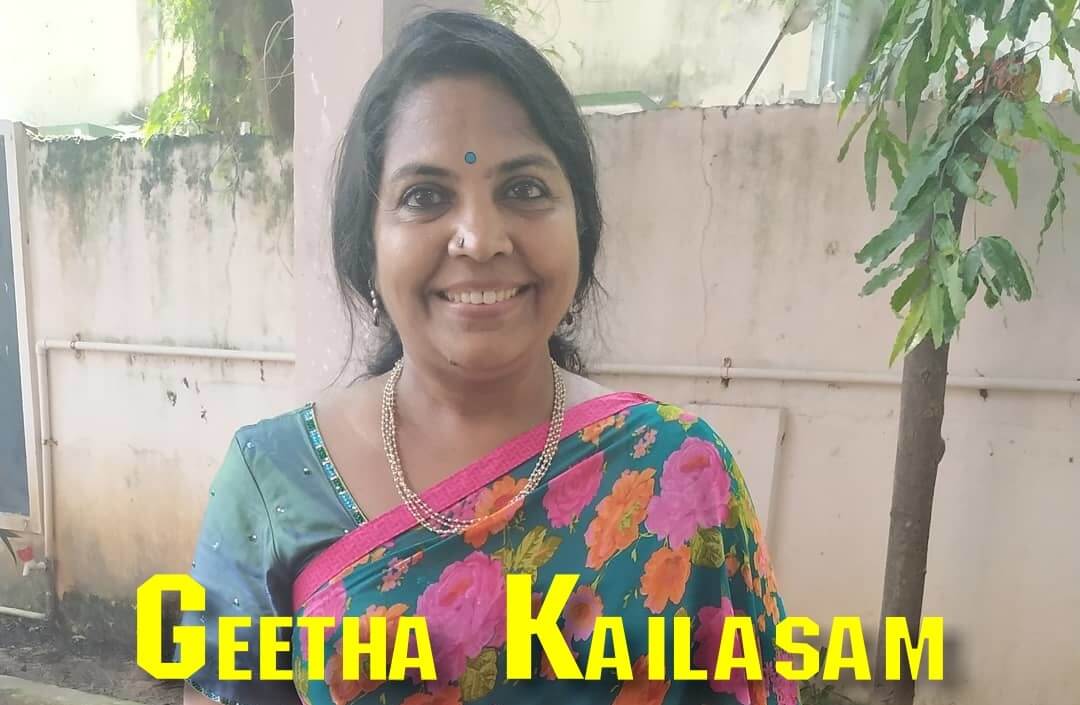 Geetha Kailasam is a Theater artist, actress, writer, and producer. Geetha mostly works in Tamil films and web series. She did her debut as a producer in the Kadhal Pagadai TV series. Geetha also produced other TV series and documentaries like Kasalavu Nesam, Kadhal Pagadai, and more. Her role as Chithrama in the Navarasa series received a positive review from critics. She also did a cameo role as Rangan’s wife in the Sarpatta Parambari film starring Aarya in the lead role. She played a major role in the Natchathiram Nagaragiradhu film directed by Pa Ranjith.

Check out the latest photo of the actress Geetha Kailasam,