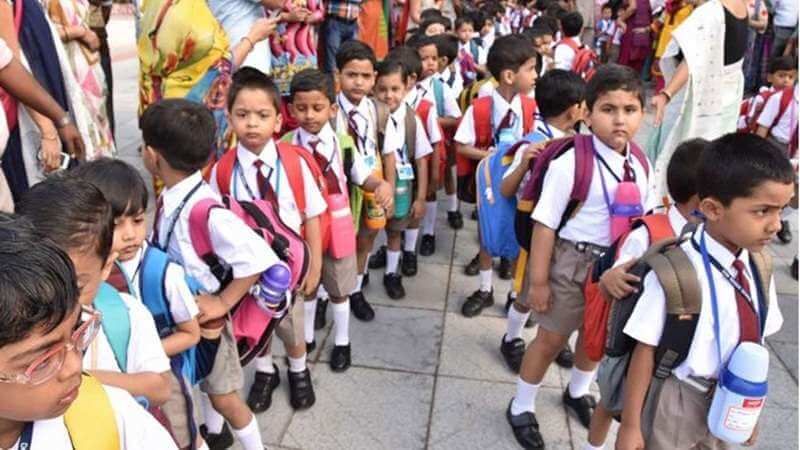 Gas leak took place in a Government school at Tughlakabad a place in South Delhi, were send when the gas leak took classes were underway at the South Delhi school. Students in the school were taken to the Hospital after complaining about irritation in the eyes and throat. To control the gas leak severe sent to the school at Tughlakabad area. Students in the school were moved out after the incident took place. The gas leak is due to the container nearby was reported this morning, the reason for the gas leak is unclear and founded out yet.

The students were taken to three nearby hospitals, some parents also took their children back to hospitals out of worry even after they are released.

Manish Sisodia, Delhi Deputy Chief Minister and Education Minister said that he have spoken to some children on phone and he will visit the hospitals at Tughlakabad to see the children who were admitted to the hospital due to the gas leak. He also said that he enquired the doctors about the children and the doctors have said that there is no problem. he added that, he asked the District Magistrate(DM)  BS Jaglan to investigate the incident and the reason for the leakage.

Delhi Fire Department said that around seven teams of Delhi Fire Service officials were send to the Tughlakabad school to control the gas leakage after they were alerted about the incident around 7.35 am this morning. and the reason for the gas leak is unclear, we are trying to control the leakage.

BS Jaglan, District Magistrate(DM) visited the school at Tughlakabad in South Delhi after the incident took place to take stock of the leakage and to find the reason behind the gas leak from the container. Also Delhi Deputy Chief Minister and Education Minister, Manish Sisodia also said that he will visit the hospital to see the hospitalised children.