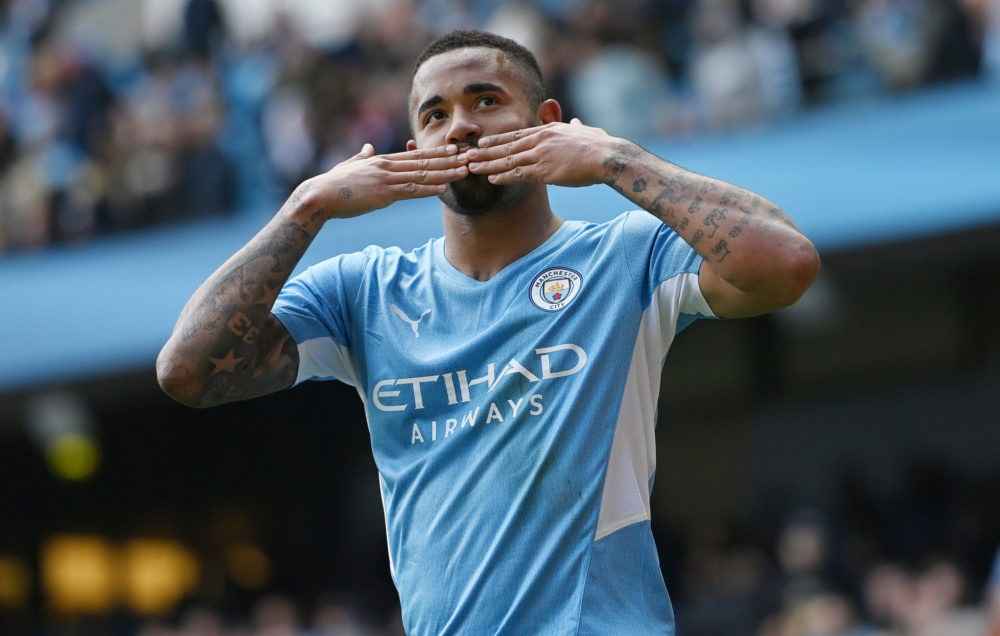 Manchester City’s striker, Gabriel Jesus, is on the radar of Arsenal, with other top clubs like Chelsea and Spurs also interested in the Brazilian international. The 25-year-old player is set to leave City this summer following the signing of Erling Haaland from Dortmund for an initial fee of £51 million. Although there is no certainty as to whether Jesus will complete a deal with Arsenal before the end of the transfer window, it seems the forward will prefer a move away from the Etihad.

Today, we will discuss what the possibility of a move to Gunners may mean for the Brazilian international and whether he will thrive with more regular playing time. Let’s dive right in.

Pep Guardiola is known to have a knack for signing great players, and it all seemed so with the arrival of Jesus at Manchester City in 2017. The striker was bought from Palmeiras for £27m, made 236 appearances for City, and scored 95 goals. Although many will argue that his impact on the team cannot be compared to that of the likes of Aguero, he is no doubt a top-class forward that has helped City secure some wins.

Nevertheless, the striker does not have regular playing time at City. In fact, close to half of his overall appearances for the club were as a substitute player. Throughout his years at Etihad, the forward had 99 starts in the English Premier League and scored 53 goals while also providing 23 assists. However, in his 60 substitute appearances, he only scored five times and provided six assists. You can bet on the striker moving to Arsenal at top betting sites on onlinebetting360.in.

Even before the Erling Haaland’s deal was completed, it was evident that Gabriel Jesus was no longer part of Pep Guardiola’s plan. The Brazilian forward scored only eight goals in the English Premier League 2021/2022 campaign that saw Manchester City lift the trophy four times in five years. But now that Haaland has become a City player, it won’t be surprising to see less of Jesus in action should he see through the remaining year on his current contract.

Last summer, the 25-year-old footballer was linked with a potential exit from the Etihad. However, due to the financing problems that came with the COVID-19 pandemic for most elite clubs and Manchester City’s intention to retain the player, the move failed to materialize. However, according to Matteo Moretto, City has put the forward on sale and is hoping for the right offer.

Arsenal’s Interest in the Brazilian

The Gunners are keen on securing a move for Gabriel Jesus, considering they need to boost their squad depth. Lacazette moving back to Lyon earlier this summer after his contract ended means there is an opening in the Emirate stadium for a forward that can make a huge impact. While nothing is guaranteed in the world of football, considering Jesus’ prolific accomplishments, he seems to be a perfect fit for the club. He has what it takes to score goals and may be just what the Gunners need to get a Champions League spot next season.

Currently, Manchester City is demanding £45million for the Brazilian striker with only one year left on his contract. According to SkySports, Arsenal has agreed in principle with City, but there is still a long way to finalize the deal. However, reports indicate that Jesus is happy with the idea of reuniting with his former assistant coach Mikel Arteta. So should everything go right, he could be wearing a Gunner’s jersey at the start of the 2022/2023 EPL season.

In a Sky Sports interview with Ze Roberto, he pointed out that Gabriel Jesus is a player with many talents and potential. However, he needs more playing time to have more confidence, and this is something he did not get at Manchester City. Guardiola’s mentality is to rotate the team and give everyone a chance to play. But Gabriel Jesus coming on and off has not helped the Brazilian gain the confidence he needs to become the best version of himself as a player.

A move to Arsenal will likely see the 25-year-old international enjoy more playing time, especially since Lacazette has moved back to Lyon. That said, it is worth noting that Arsenal is not playing in the UEFA Champions League, which may be a slight drawback for Jesus. But the team is in the UEFA Europa League and will be hoping to win the coveted trophy.

There is no doubt a chance that Gabriel Jesus will leave City this season with only one year left on his contract. With many teams gunning for the international forward, Arsenal seems more interested in securing his move to Emirates. Jesus has not been enjoying plenty of playing time at Manchester City, and the arrival of Erling Haaland just proves he isn’t Guardiola’s number one choice.

The Citizens have set their asking price for the striker to £45, and it is believed that Arsenal has agreed to sign him in principle. However, until the deal comes through, we can’t be sure of anything yet. Nevertheless, a move to Emirates will likely see the Brazilian international enjoy more playing time.