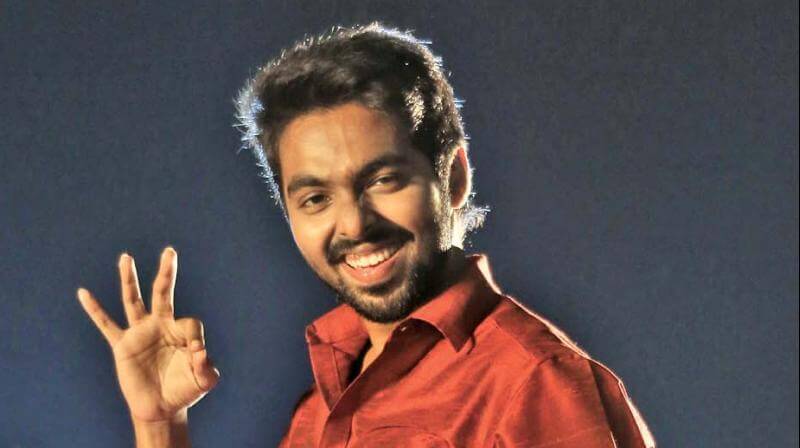 G.V.Prakash Kumar is an Indian Music Composer, Singer, and Actor who is mainly working in Tamil (Kollywood) film industry. He made his debut as a music director through the movie “Veyil” in the year 2006. Apart from being a Music Director, he has also acted in more than 10 movies as a lead actor. G.V. Prakash Kumar became very famous by early 2010’s.

G.V. Prakash Kumar initially appeared as a Vocalist on the soundtrack of the movie “Gentleman” director by Shankar. He then worked along with A.R.Rahman and also sang songs for Harris Jayaraj as well. His first movie as a music composer is “Veyil” for which he got many appreciations. Later he became so popular through his music compositions. Pookal Pookum Tharunam from Madrasapattinam is also one of the songs which he got many appreciations.

G. V. Prakash Kumar made his acting debut through the movie Pencil but the movie “Darling” was the first to release as there was a delay in Pencil movie release. Currently, he has signed more than 10 films and many films are under post-production stage.